Gallows Road is being rebuilt where it crosses I-66. The new alignment will include improved bicycle and pedestrian facilities on the bridge over I-66 and access to the new shared-use path being built along I-66. The new design will:

The new Gallows Road Bridge will be wider and include a 5’ bike lane in each direction. Pedestrians will be able to use a 7’ wide sidewalk along northbound Gallows Road or a 10’ wide barrier-separated path along southbound Gallows Road. Improved pedestrian and bicycle facilities will tie into the Dunn Loring-Merrifield Metrorail Station.

Overnight lane closures and stoppages of up to 20 minutes are scheduled for I-66 West approaching Gallows Road Tuesday, October 27, through Friday, October 30, for overhead bridge work on the new Gallows Road Bridge over I-66. Work is part of the Transform 66 Outside the Beltway Project.

Additionally, Gallows Road over I-66 will be reduced to a single travel lane in each direction each night. Two-way traffic will run on the southbound side of Gallows Road.

Drivers should expect delays if traveling in this area and are encouraged to use alternate routes.

Traffic will be detoured to I-66 East, take the exit for Route 7, stay to the left and turn left at the traffic signal, then follow signs to I-66 West. 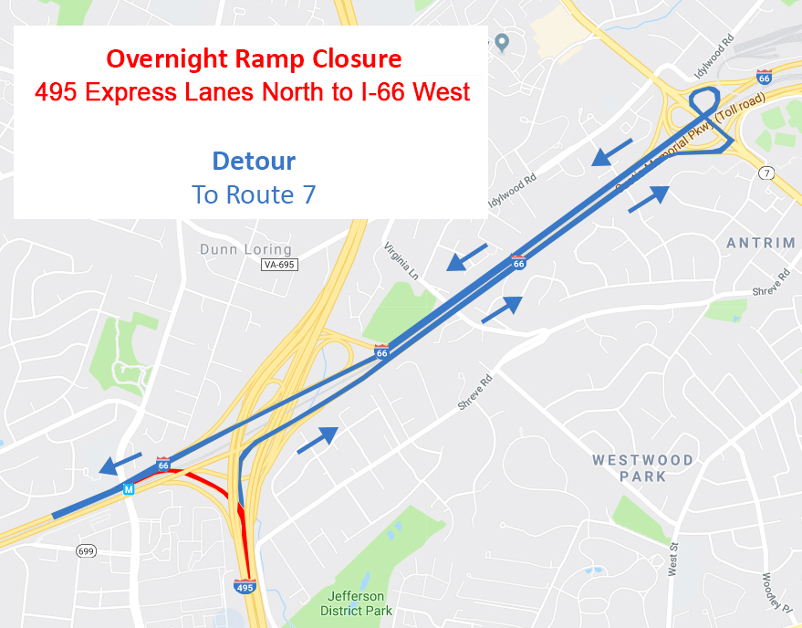 Gallows Road over I-66 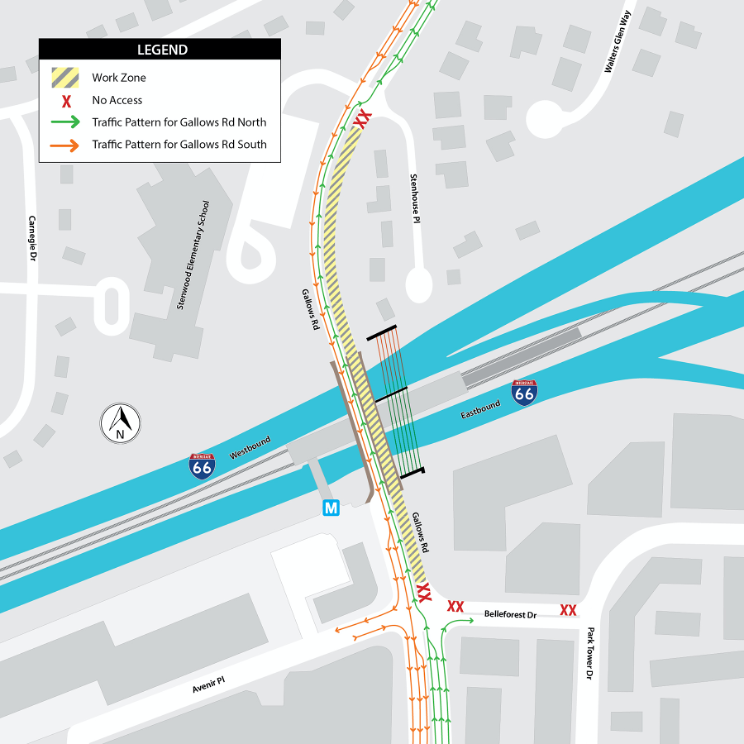 First, a new bridge will be built just to the east of the current bridge. When complete (estimated in early 2021), northbound and southbound traffic will be shifted from the old bridge, which will then be demolished. A new bridge will be built in its place, which will carry southbound traffic and the shared-use path in the final configuration (estimated in early 2022). 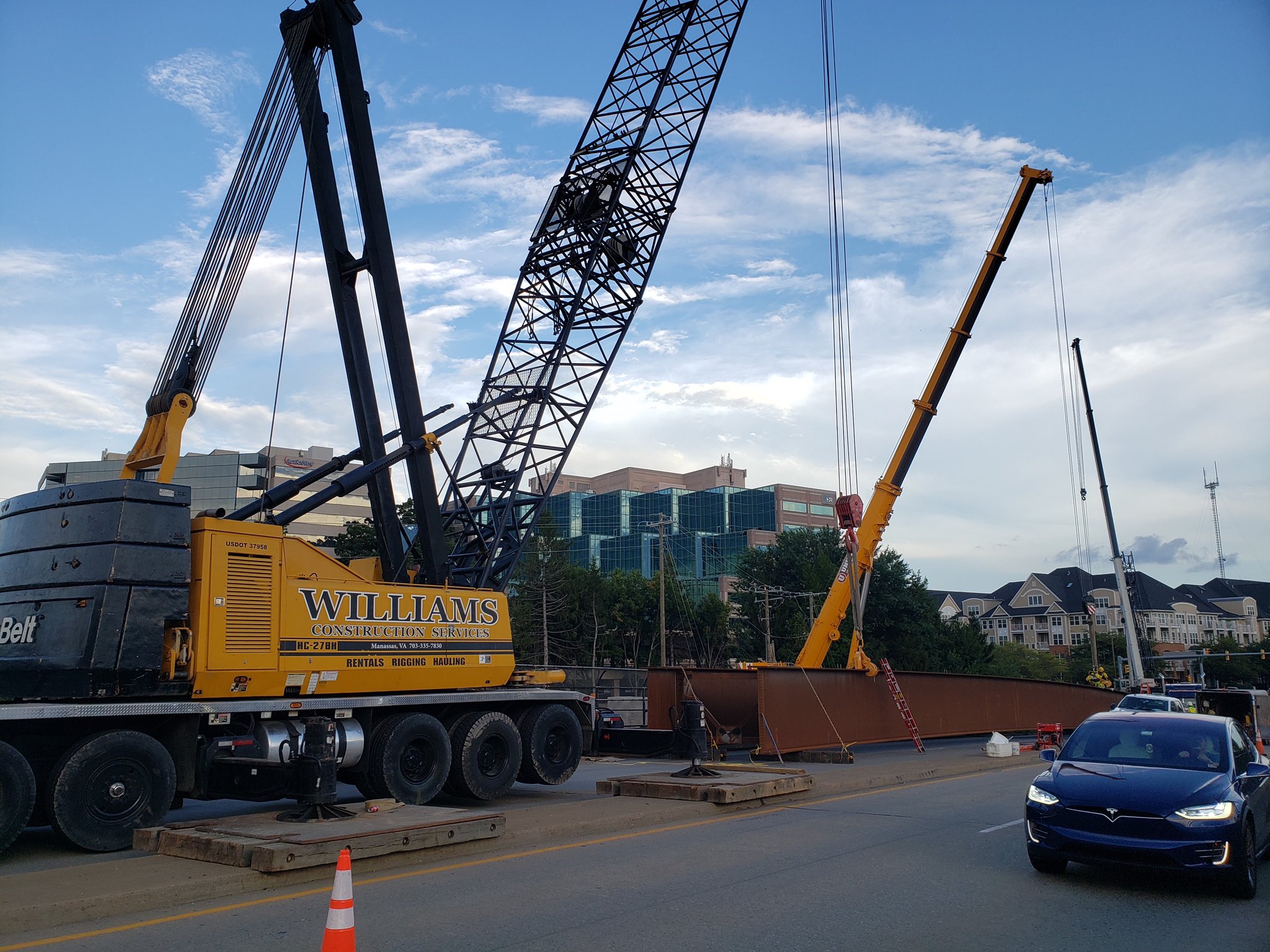 A 10-foot-wide shared-use path is being built parallel to I-66 from Dunn Loring to Centreville as part of the project, with its eastern terminus at Gallows Road. This paved trail will provide cyclists and pedestrians with off-road access to Metro stations, parks, other trails, and communities stretching from Dunn Loring to Centreville. Sidewalks and bike lanes along Gallows Road will connect the new path to the nearby W&OD Trail. Learn more here.