As part of the Transform 66 Outside the Beltway Project, the I-66/I-495 Interchange has been modified with several new ramps and connections. The newly designed interchange:

Get a closer look with the Transform 66 Interactive Map. 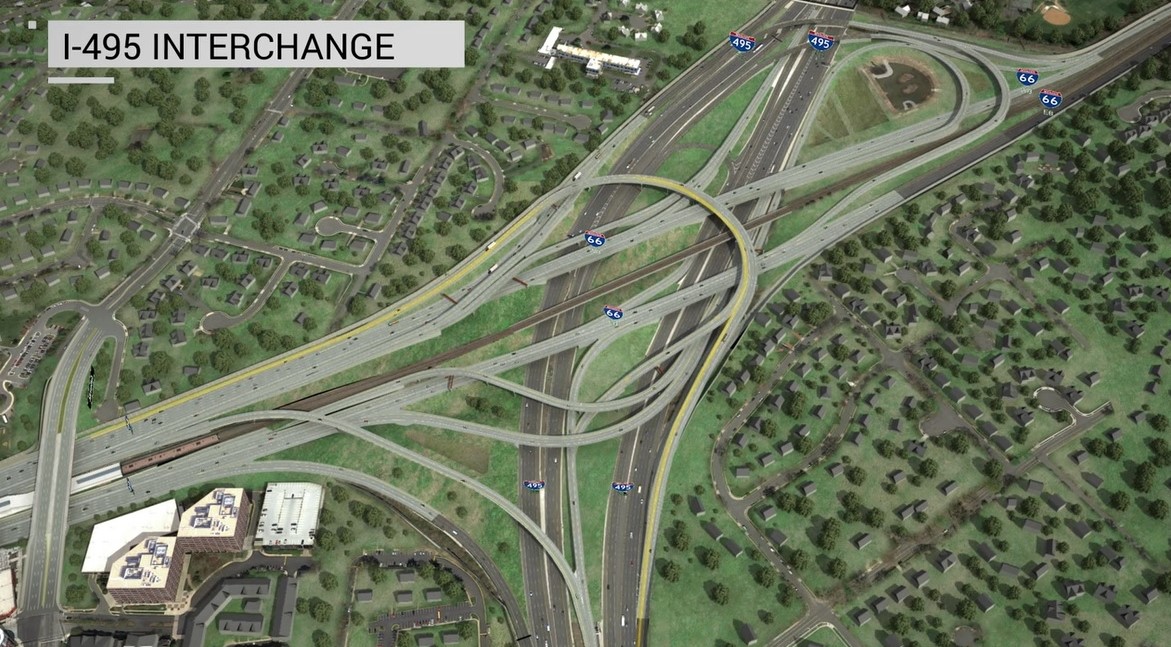 The first new exit ramp and bridge at the I-66/I-495 Interchange opened ahead of schedule on August 25. Drivers on northbound I-495 now exit to westbound I-66 using the new flyover ramp, located one-half mile south of (prior to) the old exit ramp, and prior to the ramp heading to eastbound I-66. The old exit ramp was closed to allow for construction of a new ramp connecting to the westbound 66 Express Lanes. Drivers should use caution and follow roadway signs when traveling in this area.

The new I-495 North to I-66 West ramp was completed as an interim milestone for the project and was the first of several new ramp openings and permanent traffic pattern changes that happened this year at the I-66/I-495 Interchange area. The location of the ramp from I-495 North to I-66 East did not change as part of this new configuration. 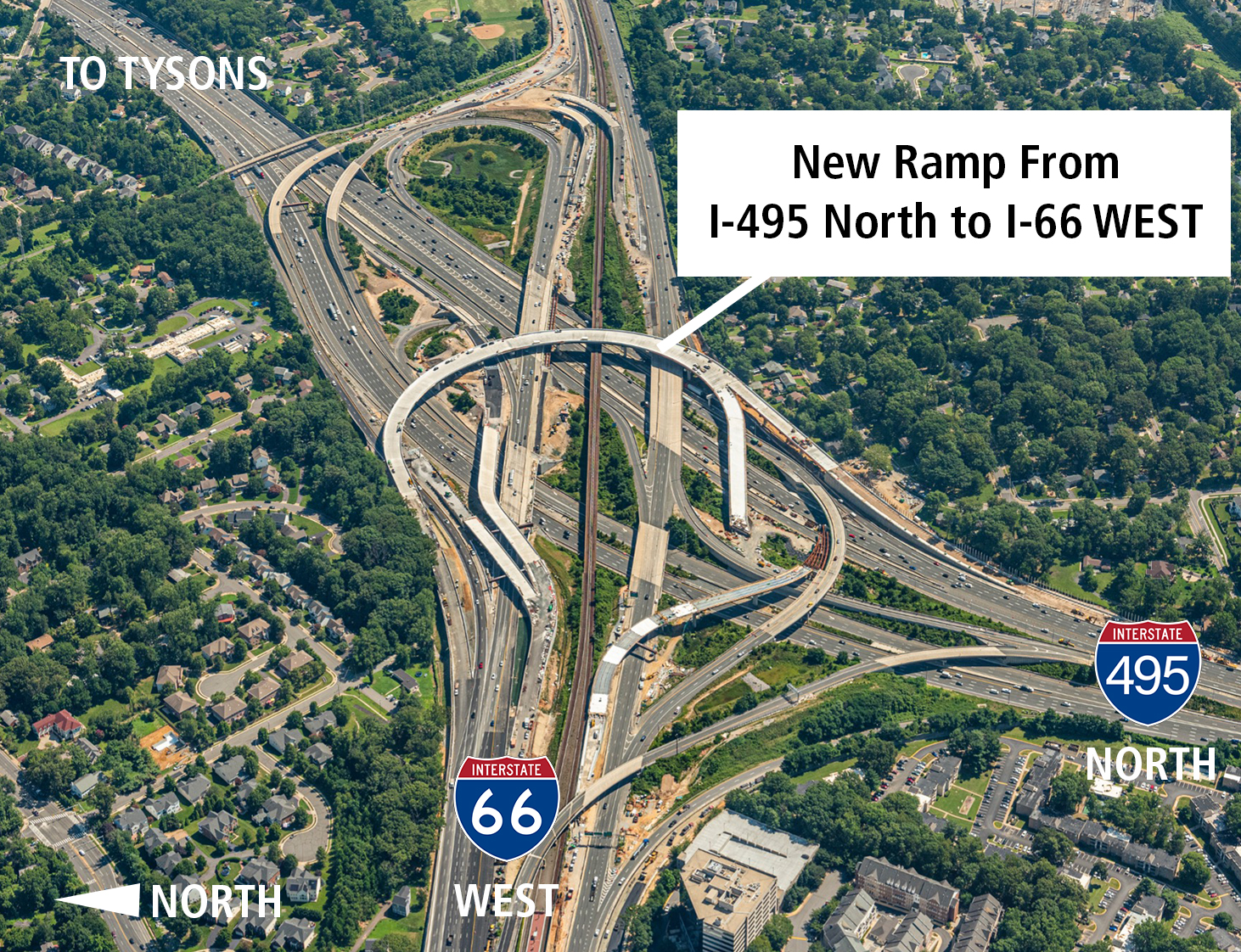 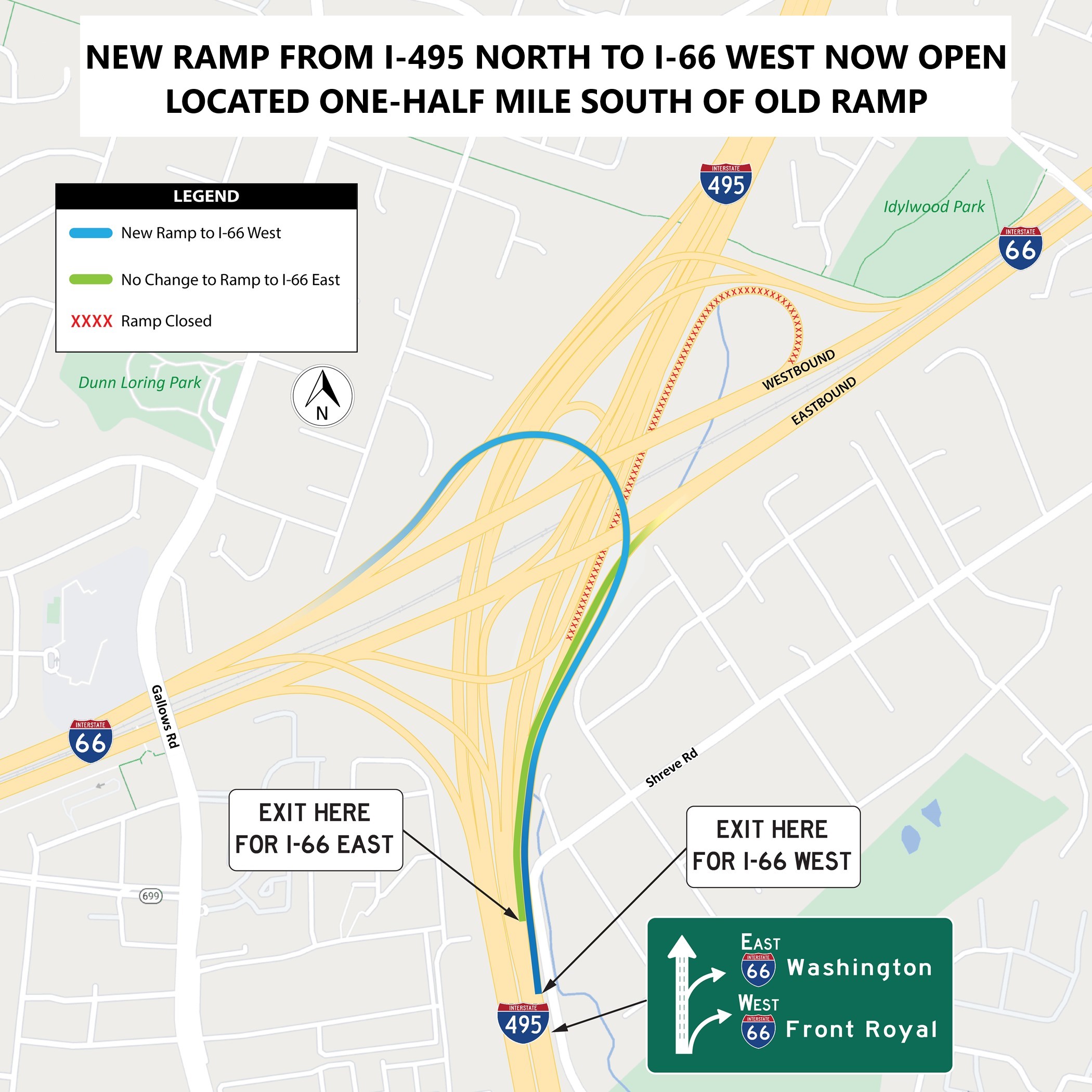 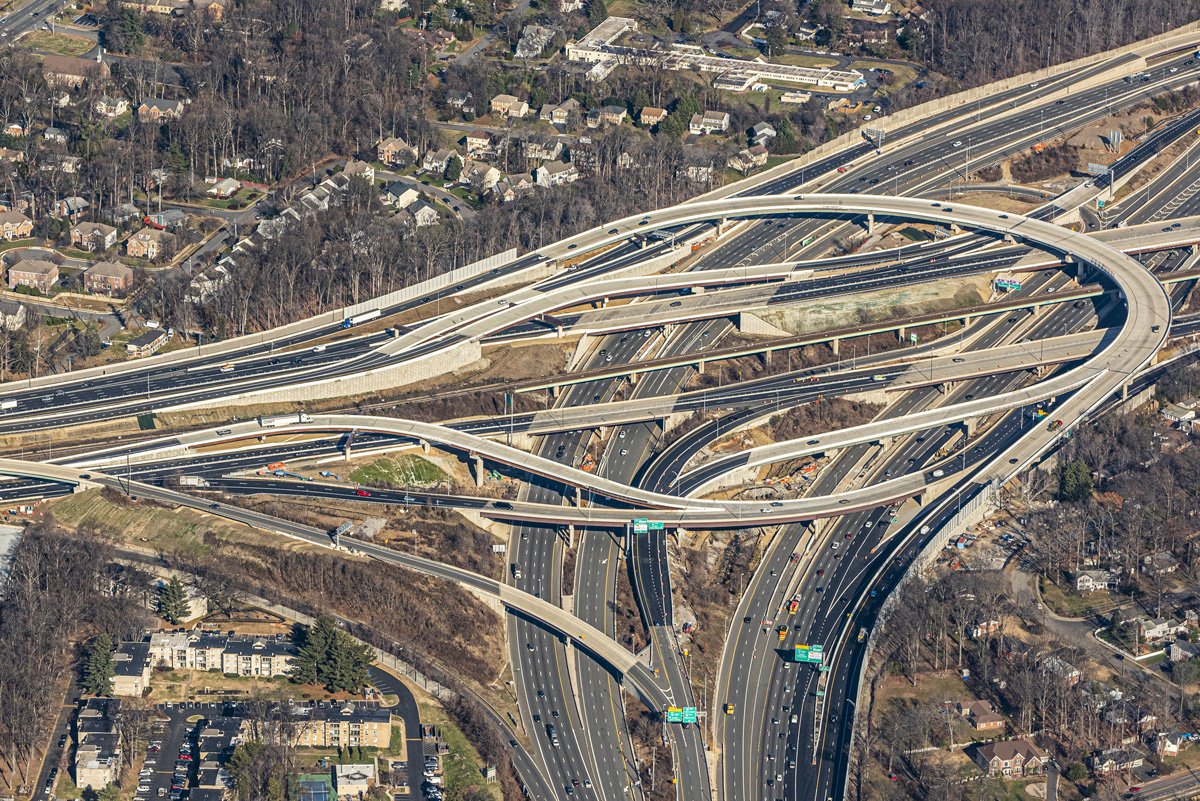 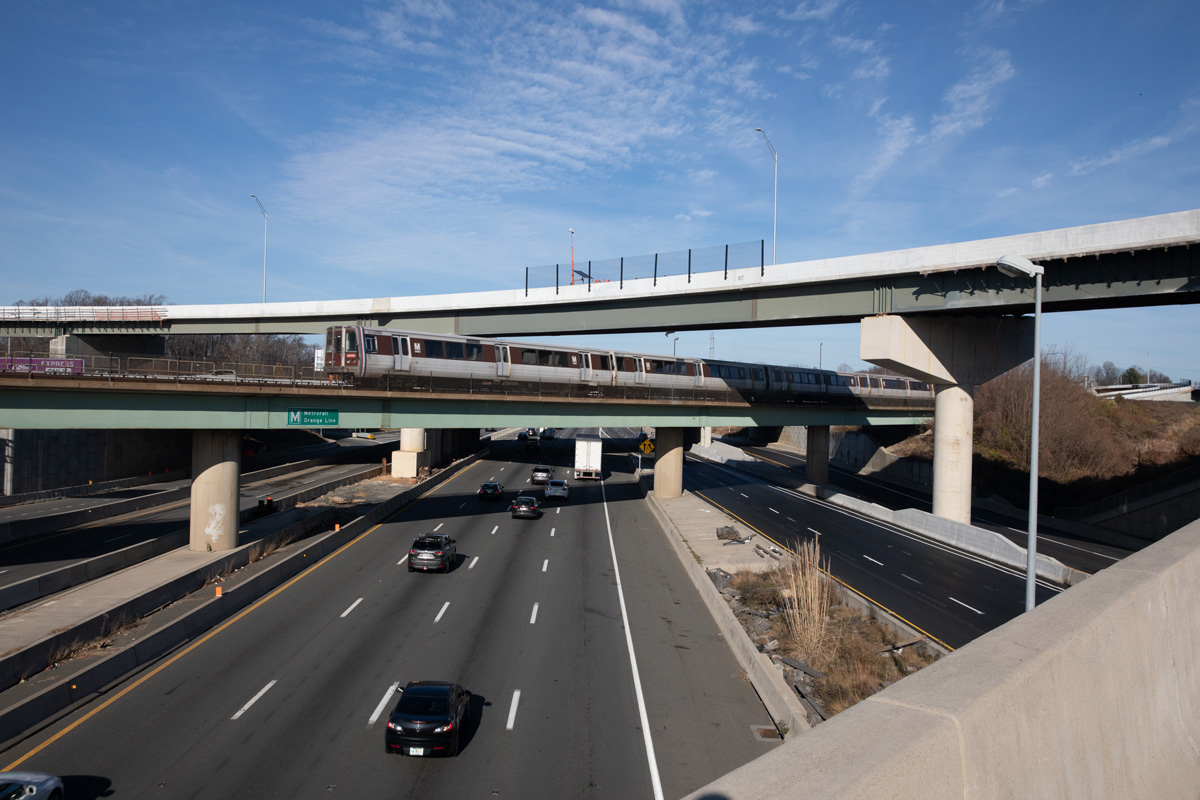 Noise Wall Replacement and Addition Near the I-495 Interchange

Several sections of noise walls had to be demolished and rebuilt in the northwest, northeast, and southeast quadrants of the I-495 Interchange so that construction of new ramps could take place. Additionally, a section of older wood noise wall along I-66 East between the ramp from I-495 North and Virginia Lane will be replaced toward the end of the project.

The project final noise analysis identified a section of new noise wall that will be built along I-66 West near the W&OD Trail and Idylwood Park.

Learn more about noise walls and the Transform 66 Project here. Download the final noise analysis report sections covering the I-495 Interchange area below: