The first portion of the new Jermantown Road bridge opened on May 14, 2021, with two travel lanes. On July 6, temporary sidewalk connections opened between the 10-foot-wide sidewalk on the bridge and the existing sidewalks to the north and south, providing a Jermantown Road sidewalk crossing for the first time since the previous bridge opened in 1961.

Phoenix Drive, located immediately north of I-66, will provide access to the new 66 Parallel Trail, the 10-foot-wide shared-use path that is being built along I-66 from Dunn Loring to Centreville as part of the project. This paved trail will provide cyclists and pedestrians with off-road access to Metrorail stations, parks, neighborhoods, and other trails. Learn more here. 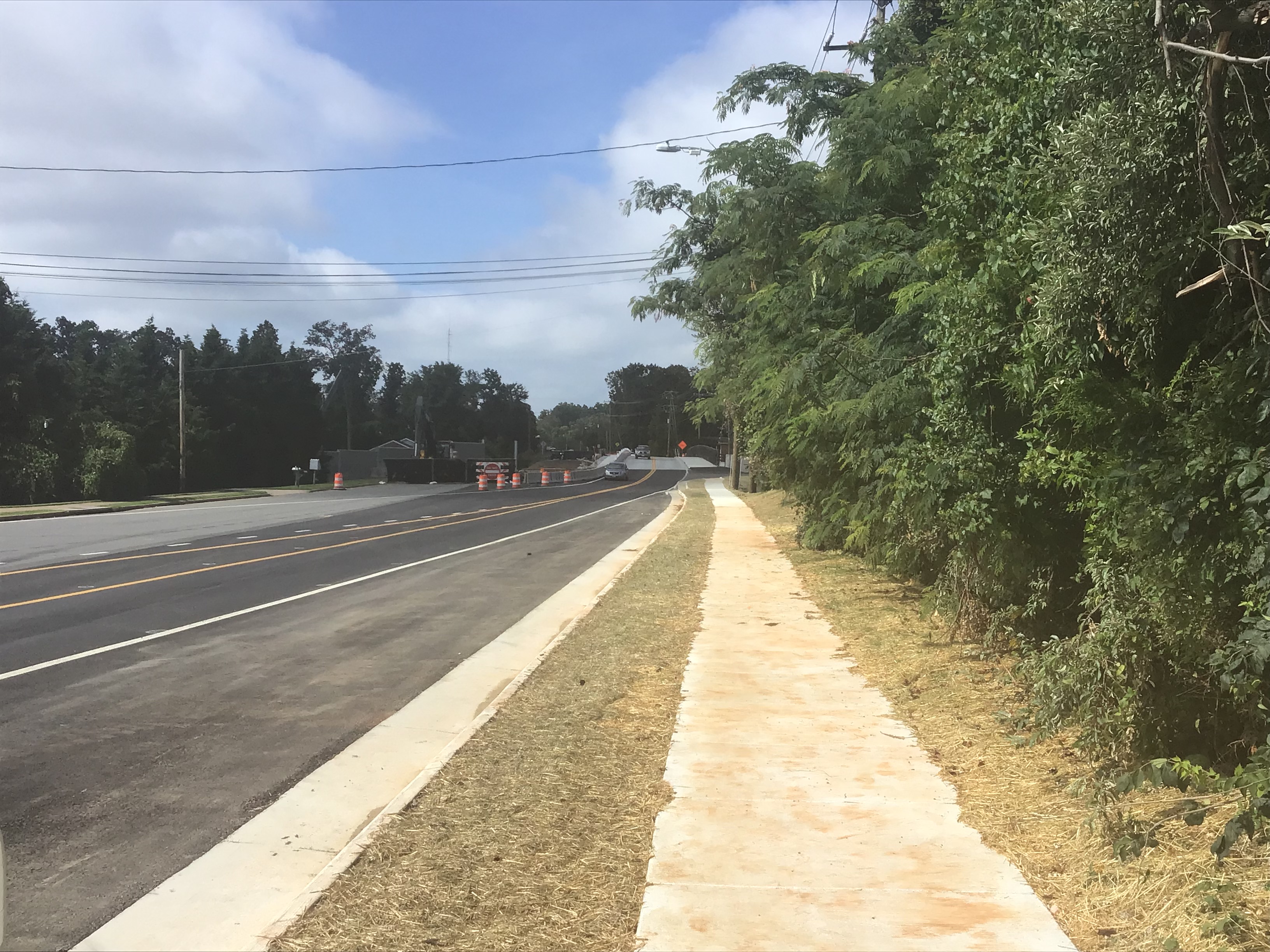 Pedestrians can now cross I-66 using the 10-foot sidewalk on the west side of the new bridge and temporary connections to existing sidewalk on each side. (July 12, 2021) 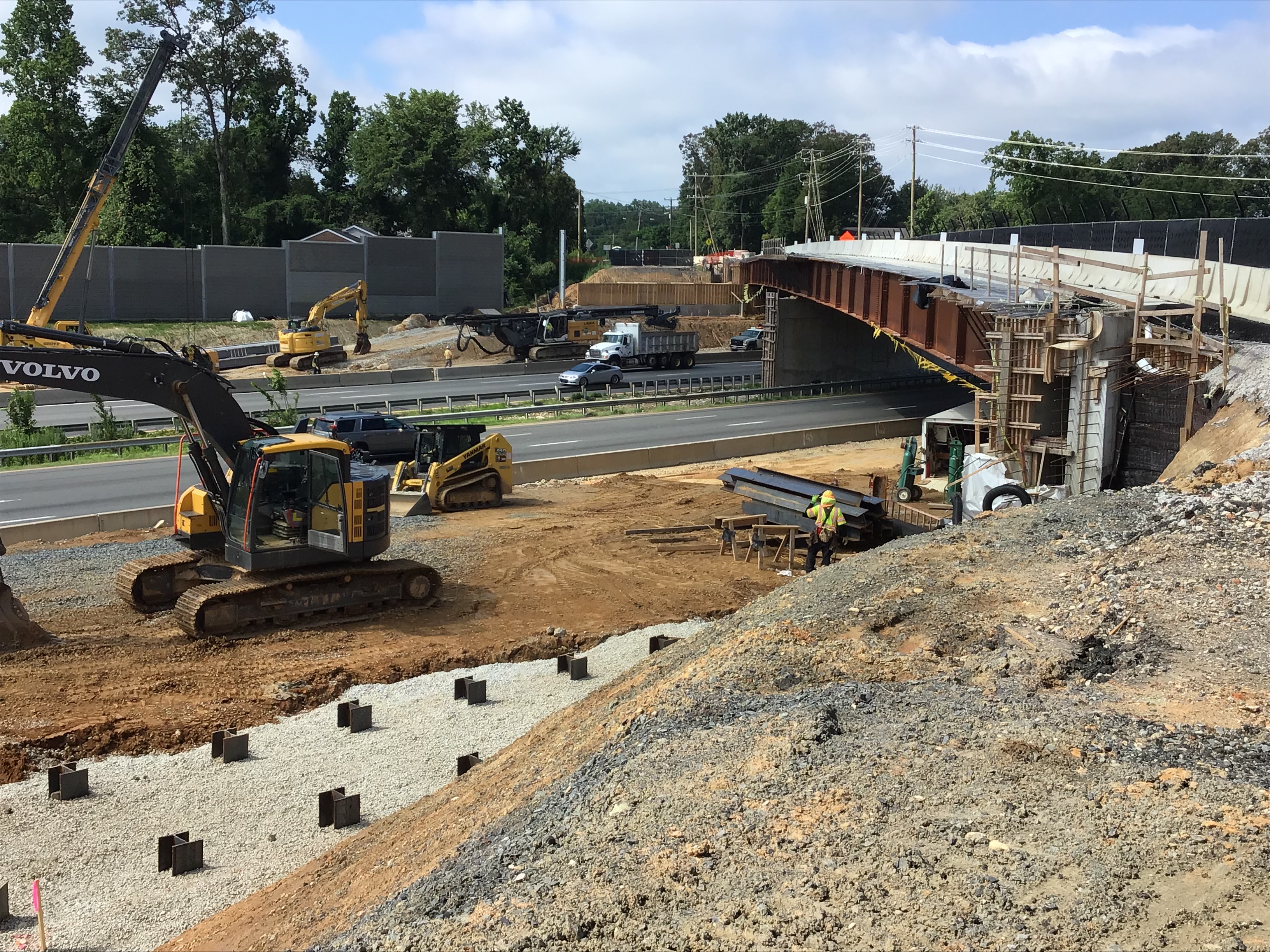 View looking south (toward City of Fairfax) at abutments being built for the second half of the new Jermantown Road bridge. (July 12, 2021) 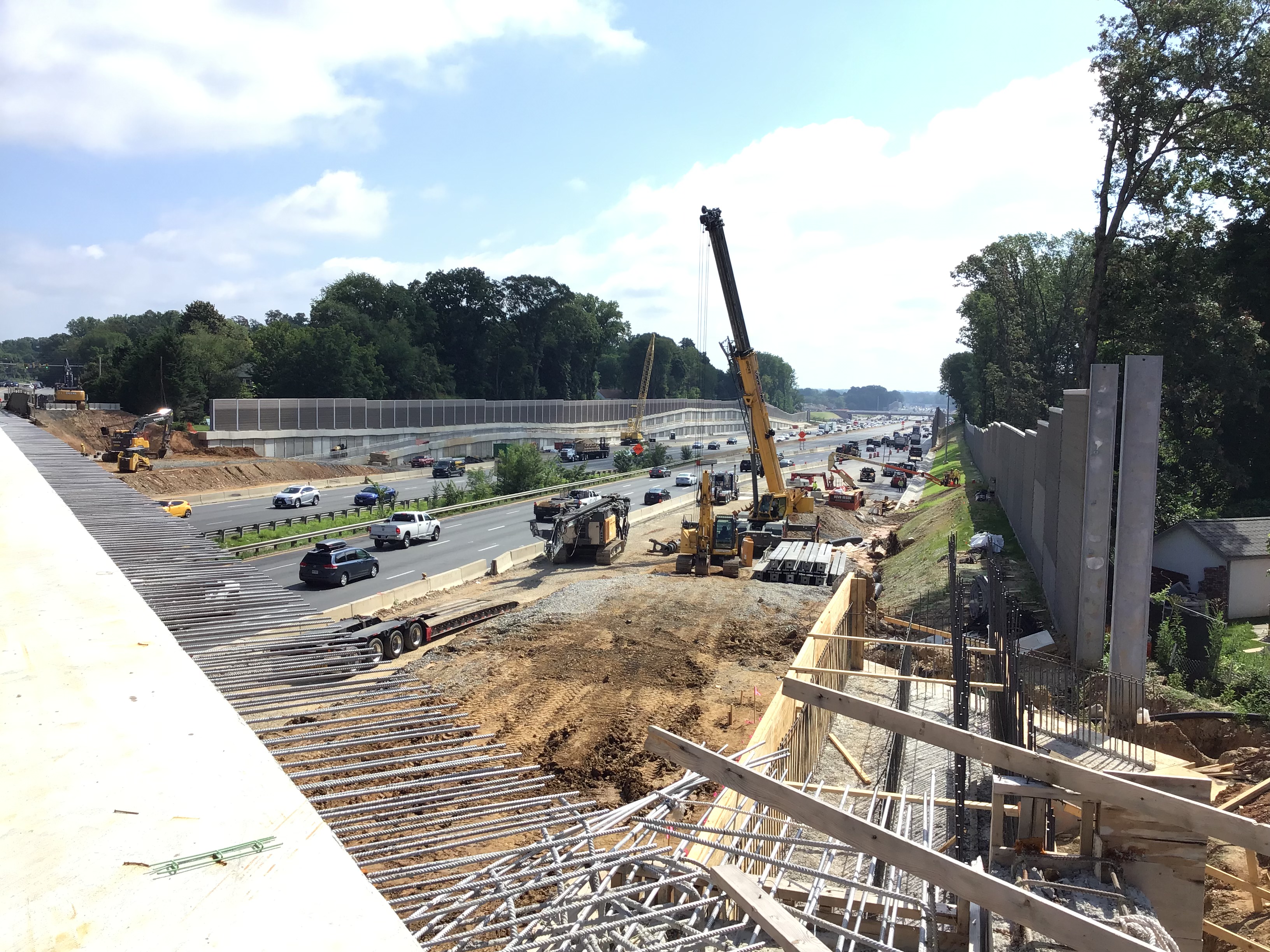 Replacement noise walls can be seen along both sides of I-66 looking east from the Jermantown Road bridge toward Route 123. The second part of the south bridge abutment is visible in the foreground. (July 12, 2021) 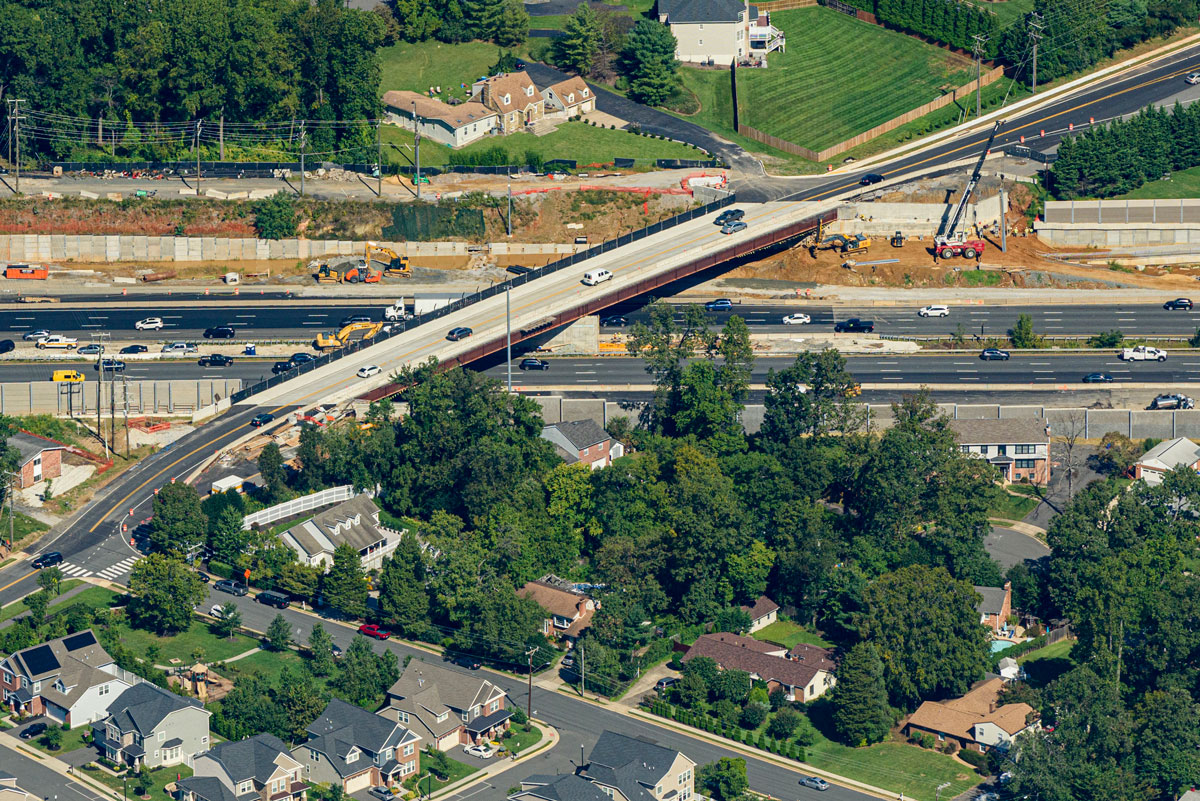 Work continues on bridge abutments for the second phase of the new Jermantown Road bridge over I-66. The first phase of the new bridge opened in May 2021 and includes temporary sidewalk connections to the north and south. (September 24, 2021)