Stringfellow Road at I-66 will be modified to add full-time Express Lanes access to and from the east. These ramps will provide commuter buses, vanpools, and carpools with convenient access from the Stringfellow Road Park & Ride lot to the Vienna-Fairfax/GMU Metrorail Station, Tysons, Arlington, and Washington using the region’s express lanes network. 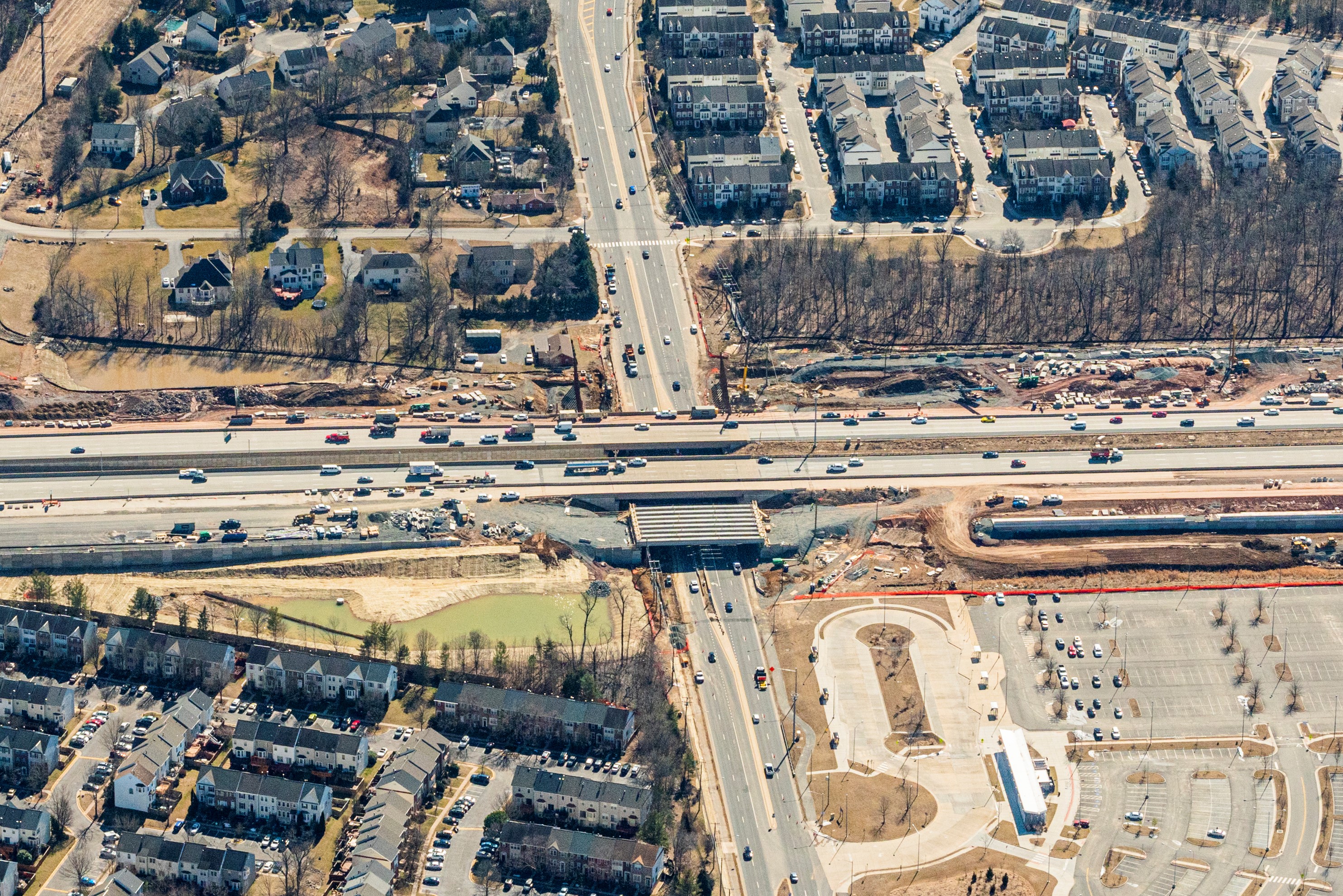 Stringfellow Road Closed at I-66 During Overnight Hours This Weekend, April 16-17, and Next Week, April 19-21, for Continued Overhead Bridge Work

Northbound and southbound Stringfellow Road approaching I-66 will close nightly, Friday, April 16, Saturday, April 17, and Monday, April 19, through Wednesday, April 21, to allow for continued installation of bridge beams. Drivers traveling on Stringfellow Road will be directed to a detour route and should allow extra time.

The Stringfellow Road ramps to I-66 East/from I-66 West will also be closed during this time. 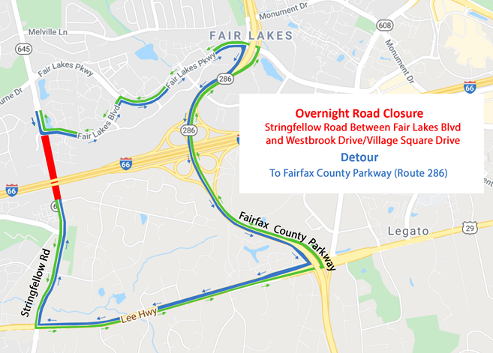 With 698 parking spaces, covered bike racks, and convenient access to the I-66 HOV Lanes, the Stringfellow Park & Ride lot is a commuter hub with extensive Fairfax Connector bus service along I-66 and across western Fairfax County. Service includes Route 697, which launched August 31, 2020, with express service to Southwest Washington, D.C. (D St., SW near L’Enfant Plaza.)

Learn more about the facility and find information about current bus service here.