High Occupancy Vehicle (HOV) rules on I-66 are changing as part transforming I-66 to move more people and provide new travel options. Starting Monday, Dec. 5, vehicles will need to have three or more occupants to qualify as HOV on I-66 and travel the express lanes without paying a toll. This change from HOV-2+ to HOV-3+ will apply across the entire I-66 corridor including the 22.5-miles of 66 Express Lanes located outside the Beltway, as well as the nine miles of 66 Express Lanes located inside the Beltway between I-495 and Route 29 in Rosslyn, which operate on weekdays during peak periods in peak commute directions, and the section of I-66 between Haymarket and Gainesville.

VDOT and the region’s Commuter Connections program have partnered to offer an incentive of up to $366 per person for new HOV-3+ carpools traveling in the I-66 corridor. The program is available now and will pay each participant a cash reward following three months of carpooling, regardless of whether they are a driver or passenger and whether it is a new carpool or an existing HOV-2+ carpool adding a third person. Learn more about the Pool Rewards program and sign up here.

This HOV change will establish consistent requirements across Northern Virginia’s Express Lanes network on I-66, I-95, I-495, and I-395, providing seamless, reliable travel for carpool, vanpool, and commuter bus travelers. Learn more about this HOV change here.

I-66 Express Lanes – Changing the Way You Move

Taking the bus on I-66 during construction is more affordable with half price bus fares.

Vanpooling with other commuters traveling on I-66 is more affordable and a great way to reduce stress on your commute! Riders in new vanpools of five or more riders pay only $150 per month for the first 12 months. Keep in mind that vanpool incentives will only be available for 90 days after the opening of the Express Lanes.

The Transform 66 Vanpool Program can make your commute on I-66 much easier. Find out how by contacting our Transform 66 vanpool experts to locate or join a vanpool on I-66 Outside the Beltway. Contact Theresa McMullin by phone: 703-969-7712, or email: theresa.mcmullin@transform66vanpool.org. 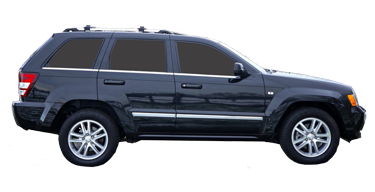 The region’s Commuter Connections’ Pool Rewards program usually provides up to $130 for new carpoolers through a trip-tracking process. Beginning in August 2022, commuters who start a three-person carpool on I-66 can receive an additional $236 cash reward for a total of $366 per person after three months. Get started! 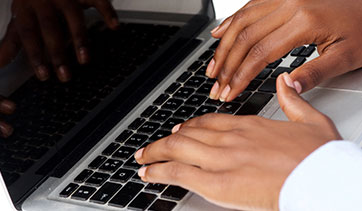 Local Support
Local governments across Virginia have their own long-standing programs and expertise helping employers and residents with their commutes. In Northern Virginia, that includes Arlington, Fairfax, Loudoun, and Prince William counties.

Know Before You Go
Staying informed about construction and knowing about planned lane closures and traffic changes ahead of time are the best tools available for staying mobile during construction. Travelers are encouraged to look for construction information:

HOV Changes on I-66
Changes to HOV regulations on I-66 have been planned for years as part of the effort to move more people in the I-66 corridor. The change in HOV designation from HOV-2 to HOV-3 on I-66 Outside the Beltway from University Boulevard in Gainesville to I-495 (Capital Beltway) was approved by the Virginia Commonwealth Transportation Board (CTB) in July 2016. This change supports the public interest by reducing the number of vehicle miles traveled, reducing travel times, increasing speeds in the Express Lanes and general-purpose lanes, and complying with the federal Clean Air Act Amendment of 1990. This HOV-3 policy is consistent with the National Capital Region’s Transportation Planning Board policy since 2010 to increase the occupancy requirements on HOV lanes in the region to HOV-3.