A new access road and entrance to E.C. Lawrence Park from Stonecroft Boulevard opened in November 2019. It is on the north side of the park, near Westfields Boulevard. Drivers should use an address of 5000 Stonecroft Boulevard, Chantilly, for navigation and trip routing. The existing park entrance from Route 28 closed in December 2019. 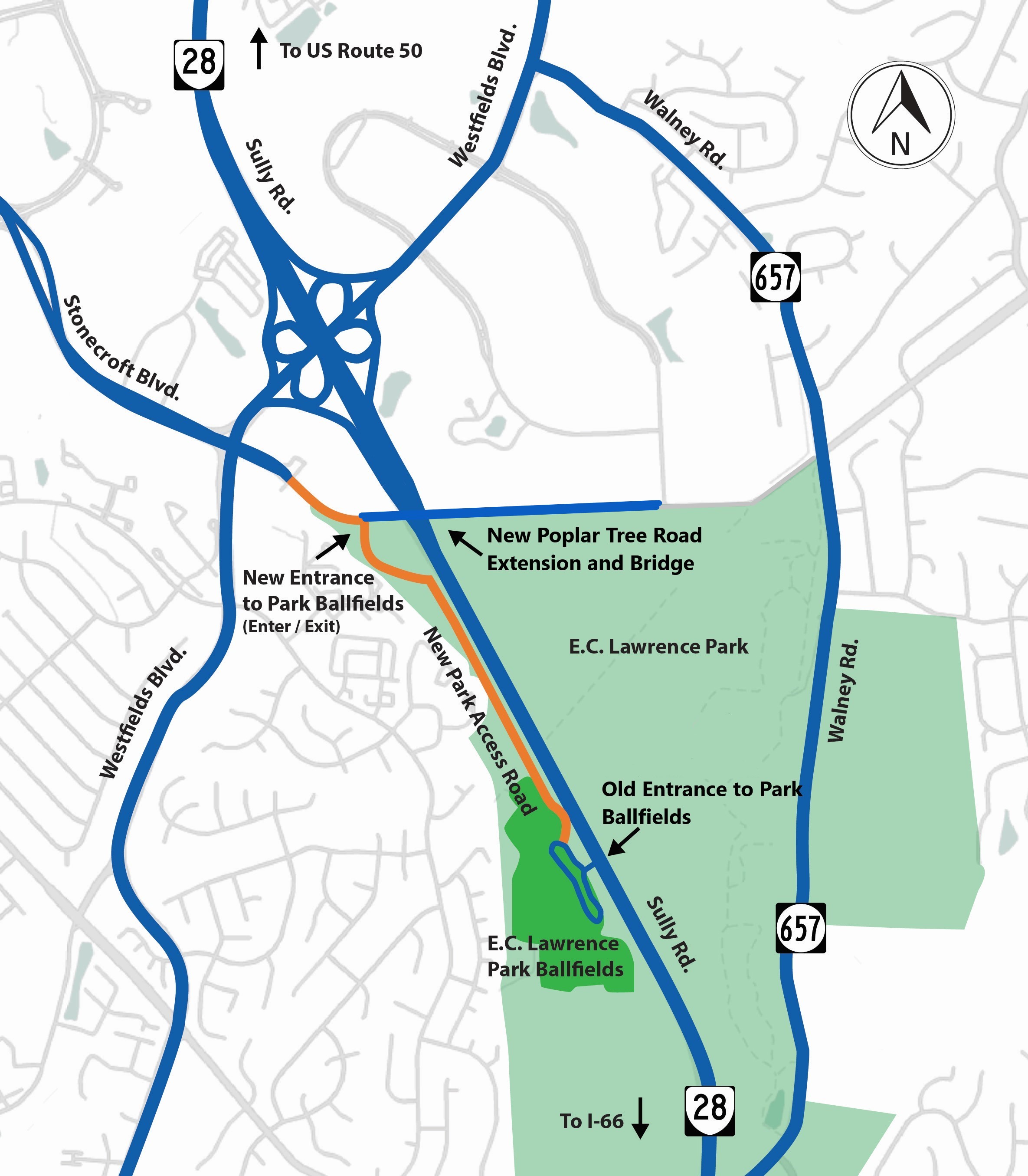 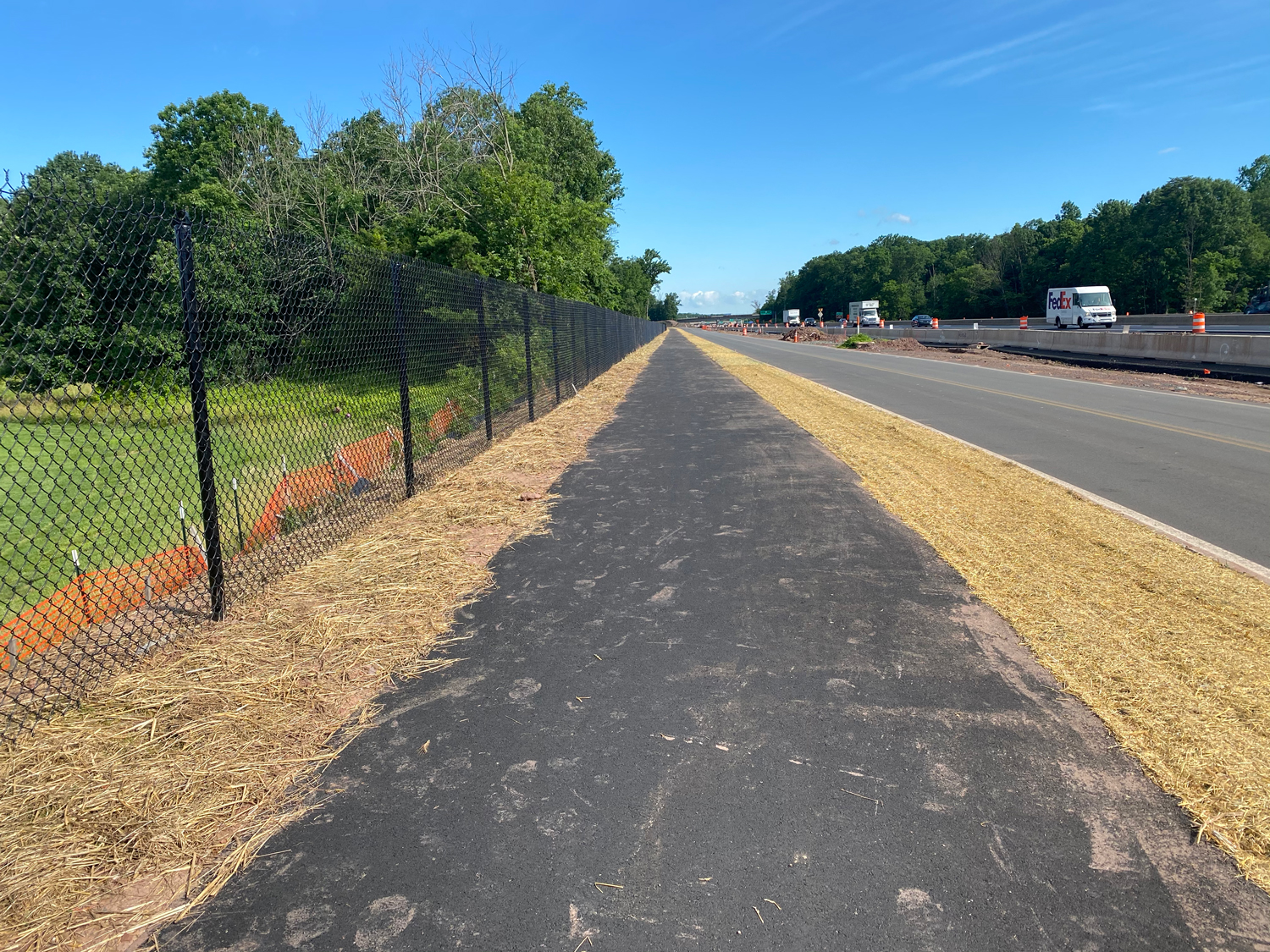