Gallows Road is being rebuilt where it crosses I-66. The new alignment will include improved bicycle and pedestrian facilities on the bridge over I-66 and access to the new shared-use path being built along I-66. The new design will:

The new Gallows Road Bridge over I-66 is being built in two phases so that it can remain open for vehicles and pedestrians during construction. The first portion of the new bridge is just to the east of the current bridge. Both northbound and southbound Gallows Road travel lanes shifted to the new bridge in October 2021. Two-way traffic with two lanes in each direction will run on the new Gallows Road North Bridge while the old bridge is demolished and the southbound portion of the bridge is constructed. The remainder of the bridge is estimated to be complete in summer 2022.

Access to the Dunn Loring Metrorail Station, Stenwood Elementary School, and other destinations will be maintained while the southbound bridge is being built.

Demolition of the old Gallows Road Bridge involves breaking up the concrete deck using jackhammers, saw cutters, and hoe rams, followed by removal of the steel bridge beams and concrete piers and abutments.

To protect motorists and work crews, demolition work that occurs over I-66 travel lanes and the Dunn Loring Metrorail Station will be completed during the overnight hours (typically between 11 p.m. and 5 a.m.), when multiple lanes of I-66 can be closed and it is safe to work over the Metrorail station and tracks. Demolition work that does not occur over I-66 travel lanes will be completed during daytime hours, whenever possible. Approximately 30-40 nights of work is expected to tear down the old crossing, depending on weather and other factors, and is anticipated to continue through early 2022.

“Pre-demolition activity” on the old bridge began in late October 2021 and occurred during daytime and overnight hours. This lighter activity included removing railing and fencing, demolishing parapet (wall) on the bridge, and constructing a platform under the old bridge to protect the WMATA facilities. These are “less noisy” activities than the bridge deck demolition that will follow.

Crews sawcut sections of the bridge deck above Metrorail facilities during daytime hours, which reduced the number of nights of demolition. This work completed on November 19, 2021.

With bridge deck demolition over the Dunn Loring Metrorail Station completed, crews will next demolish the northern portion of the old bridge, followed by the southern portion. The spans over I-66 East and West and the bridge piers can only be demolished during the overnight hours when multi-lane closures on I-66 are allowed. The spans farthest north and farthest south, and the old bridge abutments will be demolished during the daytime hours.

Drivers should expect nightly lane closures on I-66 East and West near Gallows Road as bridge demolition progresses.

Overnight Demolition of the Old Gallows Road Bridge over I-66 Continues This Week, January 24-26

Overnight demolition of the old Gallows Road Bridge over I-66 is planned to continue this week, Monday, January 24, through Wednesday, January 26, with removal of the bridge piers along I-66 East.

What’s ahead for this weekend and next week:

What Drivers Should Expect:

What Neighbors Should Expect During Demolition

The Transform 66 Project team held a virtual construction update meeting on upcoming activities on October 4, 2021. View a recording of the online presentation and question-and-answer session below. Download the presentation here. 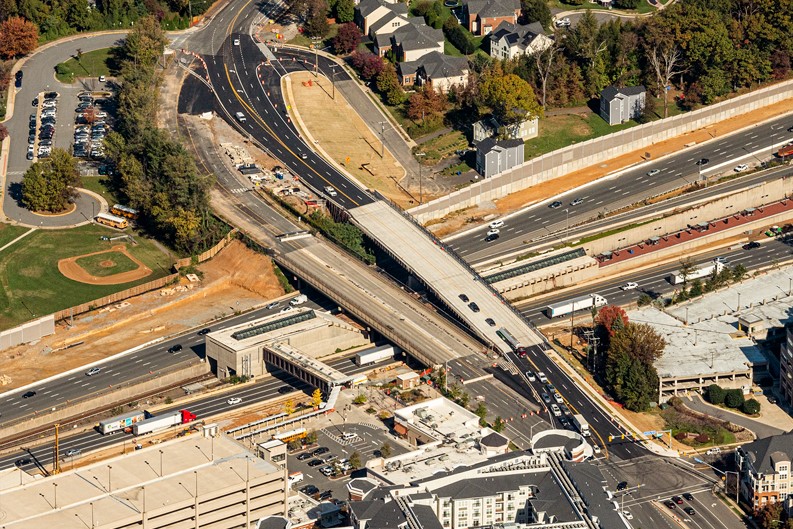 Traffic shifted to the new Gallows Road Bridge in October. The old bridge is now being demolished to make room for construction of the second portion of the new bridge. (October 20, 2021) 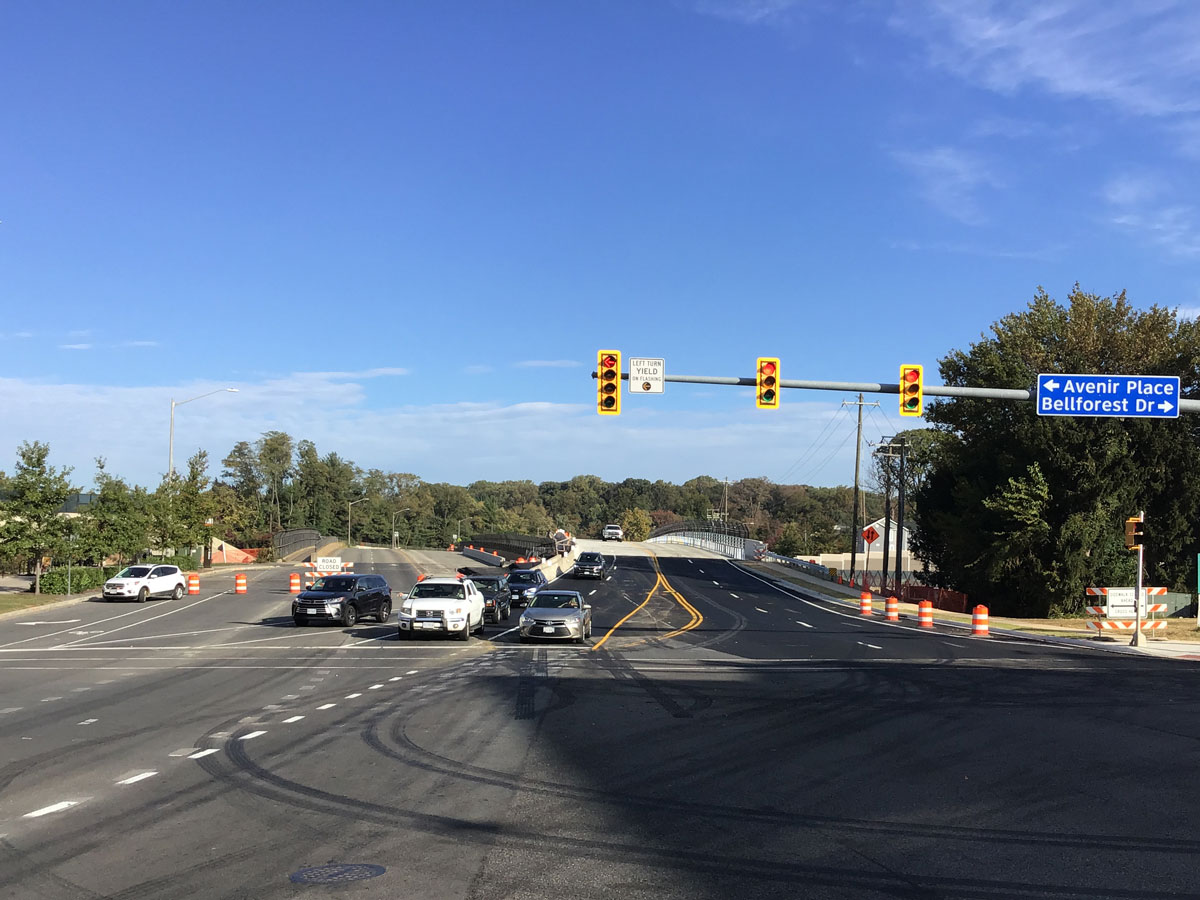 Gallows Road traffic shifted to the new bridge over I-66 on October 24. Preparation for demolition of the old span is underway. (October 25, 2021)

Demolition of the old Gallows Road Bridge is nearly complete. Just one pier and the old bridge abutment along I-66 East remain. (January 24, 2022)

A 10-foot-wide shared-use path is being built parallel to I-66 from Dunn Loring to Centreville as part of the project, with its eastern terminus at Gallows Road. This paved trail will provide cyclists and pedestrians with off-road access to Metrorail stations, parks, other trails, and communities stretching from Dunn Loring to Centreville. Sidewalks and bike lanes along Gallows Road will connect the new path to the nearby W&OD Trail. Learn more here.