The I-66/I-495 Interchange is being modified with several new ramps and connections as part of the Transform 66 Outside the Beltway Project. The new interchange design will:

Partial Demolition of I-66 West Bridge over I-495 South has been Completed, Work Continues Over the 495 Express Lanes South

Partial demolition of the south side of the I-66 West bridge over I-495 South has been completed. Overnight demolition work over the 495 Express Lanes South will continue through Friday, May 7.

Noise Wall Replacement and Addition Near the I-495 Interchange

Construction of new ramps will require several sections of noise walls to be demolished and rebuilt in the northwest, northeast, and southeast quadrants of the I-495 Interchange. Additionally, a section of older wood noise wall along I-66 East between the ramp from I-495 North and Virginia Lane will be replaced toward the end of the project.

The project final noise analysis identified a section of new noise wall that will be built along I-66 West near the W&OD Trail and Idylwood Park.

Learn more about noise walls and the Transform 66 Project here. Download the final noise analysis report sections covering the I-495 Interchange area below:

The Washington & Old Dominion Trail (W&OD Trail) near Idylwood Park (between Virginia Lane and the trail bridge over I-495) in Falls Church has been temporarily shifted toward I-66 to accommodate construction of a retaining wall needed for new Express Lanes ramps. This temporary alignment is expected to be in use until around June 2021, at which point the trail will be shifted to its post-project alignment closer to Idylwood Park. 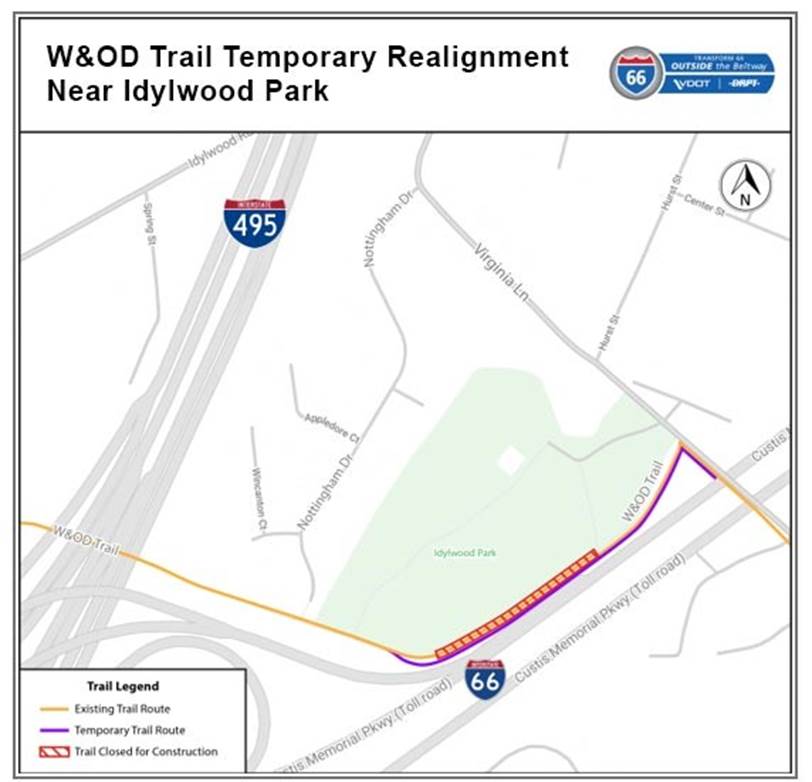 The W&OD Trail adjacent to Idlywood Park in Falls Church has been temporarily realigned until around June 2021. The temporary trail will be located slightly south of the current trail alignment adjacent to I-66 West. 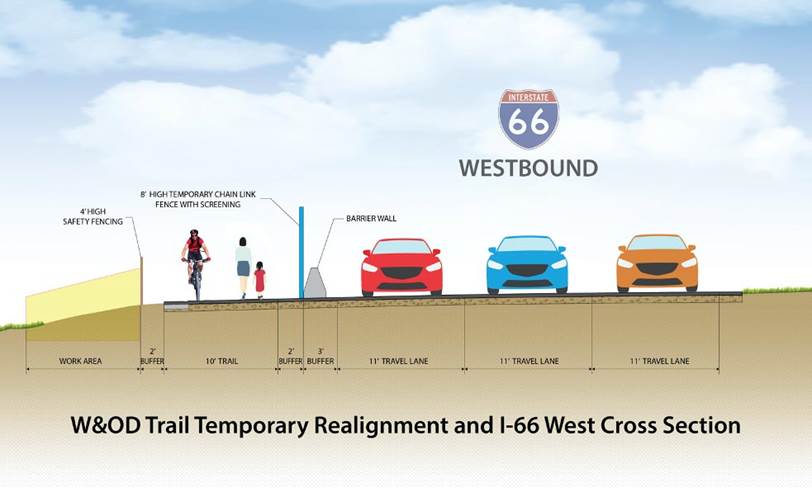 Typical cross section of the temporary realignment of the W&OD Trail at Idylwood Park. The trail will be shifted slightly to the south of the current alignment.