Monument Drive at I-66 will be modified to add full-time Express Lanes access to the east and west. In addition, a new parking garage is being built with project funding.

66 Express Lanes access at Monument Drive will consist of: The right turn from Monument Drive North to I-66 East closed on February 24, and will remain closed for approximately six months. Pedestrians and cyclists using the shared-use path on the east side of Monument Drive between I-66 and Government Center Parkway will be directed to follow a temporary path provided between barriers.

Some Fairfax Connector bus routes will be modified to accommodate the closure and detour. Visit https://www.fairfaxcounty.gov/connector/  for more information on bus routes and schedules.

The Monument Drive Commuter Parking Garage and Transit Center will include a garage with 820 parking spaces and a transit center with eight bus bays, pick-up/drop-off area, secure bicycle storage, bicycle racks and a Connector store. It will be located at the intersection of Government Center Parkway and Monument Drive, adjacent to the future Express Lanes ramps at Monument Drive.

Fairfax County is managing construction of the facility, which is planned to open in 2023. The project has an estimated total cost of $43 million which will be funded with $38.5 million from Transform 66 concession project funds and $4.5 million from local funds. Groundbreaking occurred in November 2021. 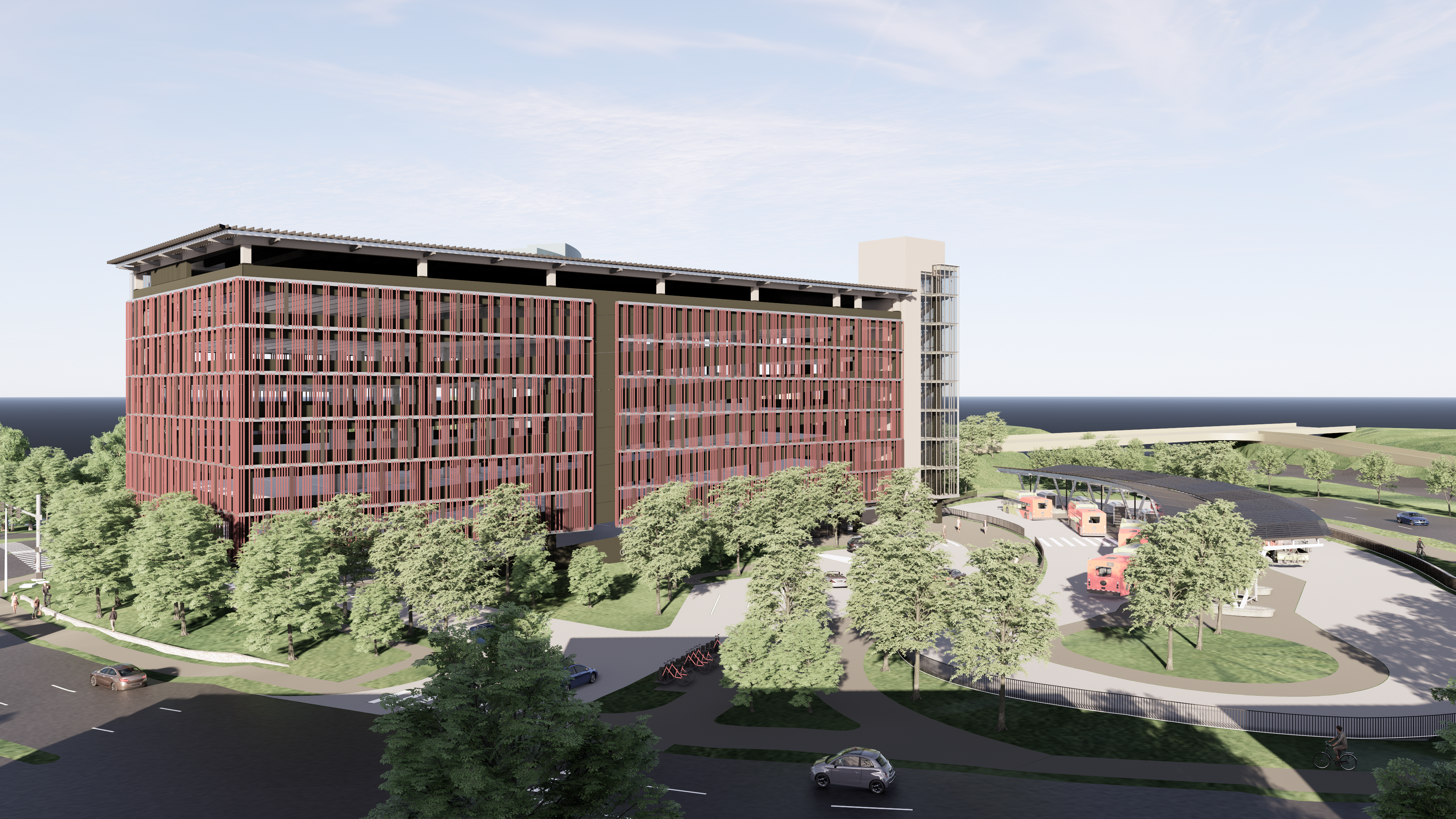