Major redesign and construction are planned for the Nutley Street Interchange as part of the Transform 66 Outside the Beltway Project. The new interchange will:

A new design alternative – a double roundabout – is being constructed at this interchange as an alternative to the diverging diamond interchange (DDI) included in the initial project design. The project team held a community meeting in Vienna in June 2019 to discuss and get feedback on the design change, which will improve safety and traffic flow on Nutley Street while reducing construction impacts for drivers and project neighbors compared to the DDI design. Learn more about this design change by viewing the meeting handout, presentation, and display boards.

Express Lanes access to and from the west are available at new ramps at Vaden Drive, just west of the Metrorail station. 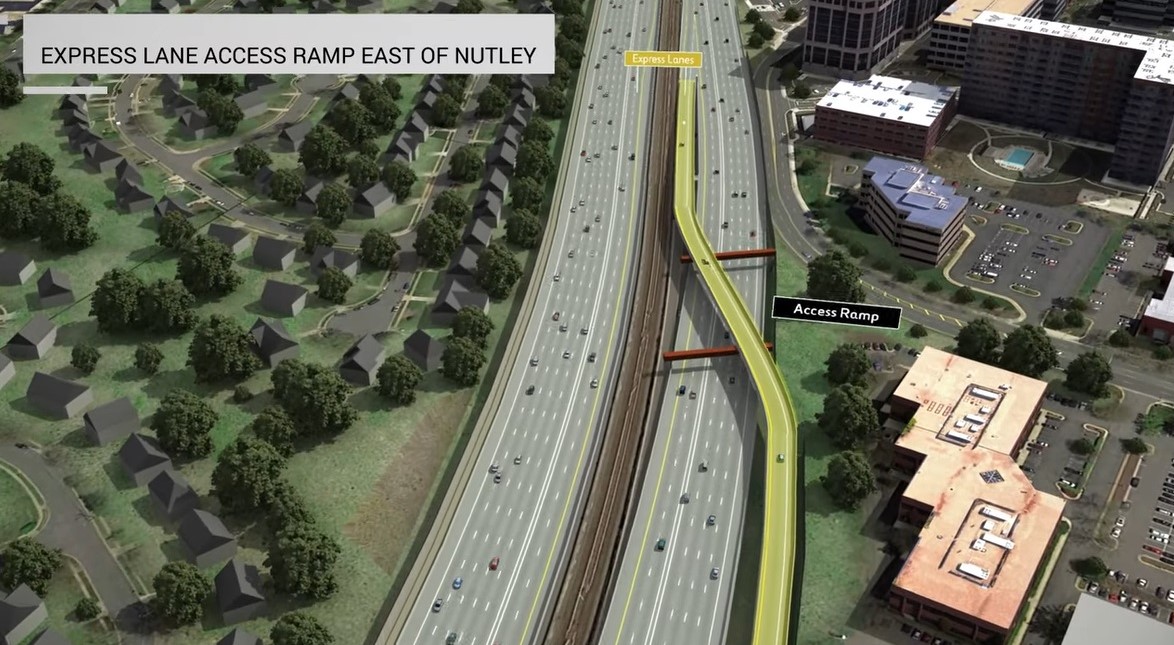 Ramp from Nutley Street South to I-66 East 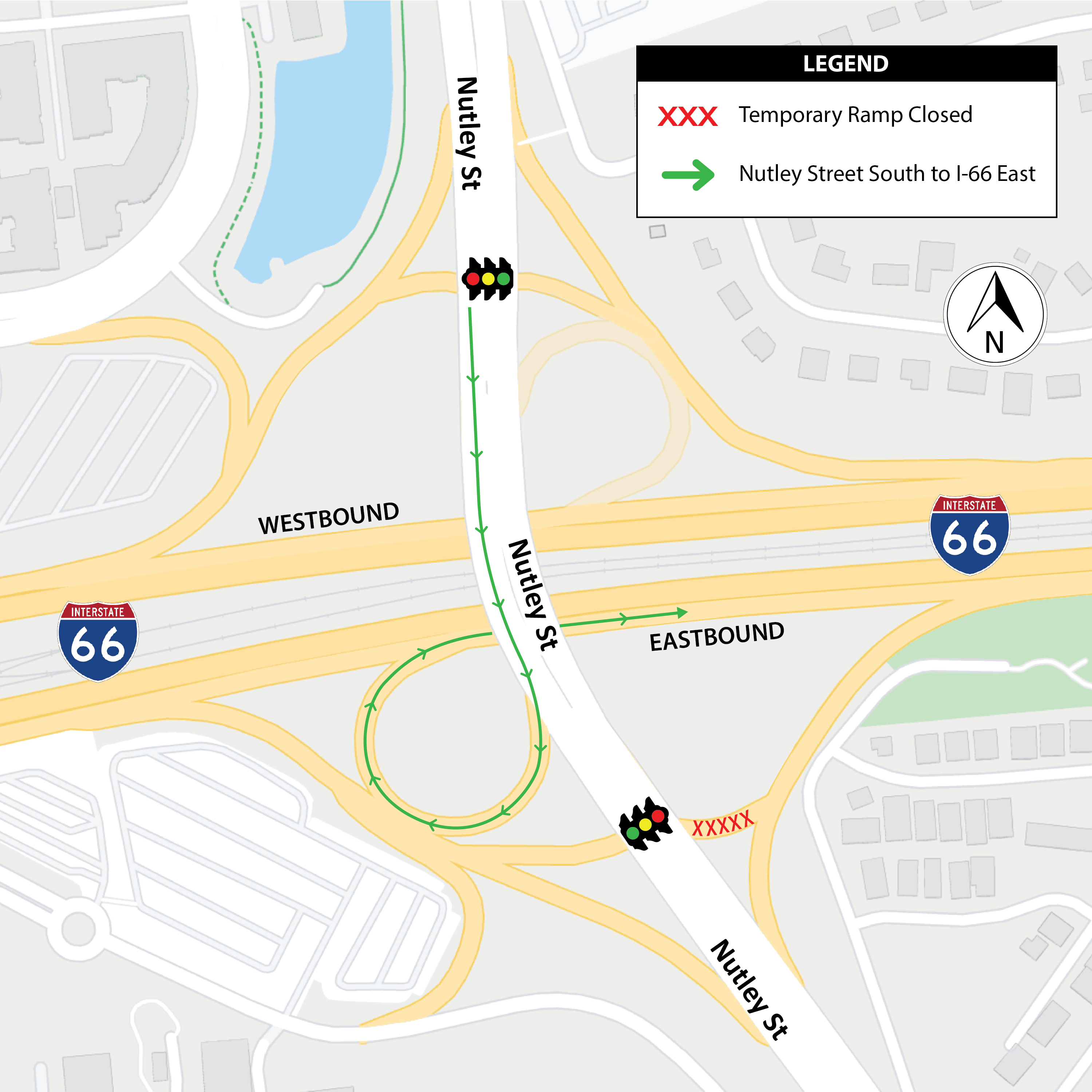 What drivers should expect when the first of two roundabouts open:

All work is weather dependent and will be rescheduled if inclement conditions occur.

Drivers should be alert for changing traffic patterns on Nutley Street near I-66 as construction continues. Drivers are reminded to slow down and pay attention to lane markings and roadway signs. 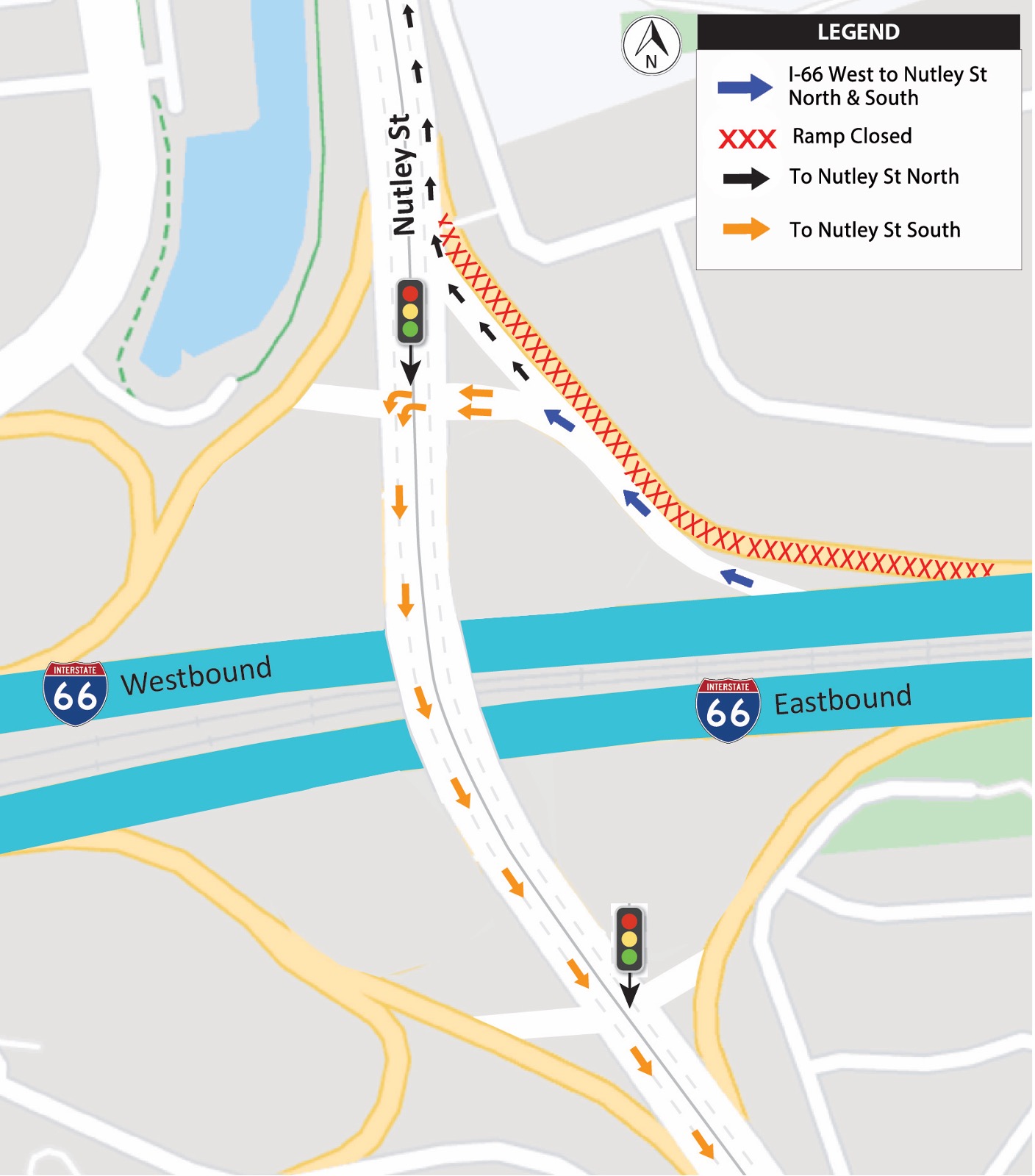 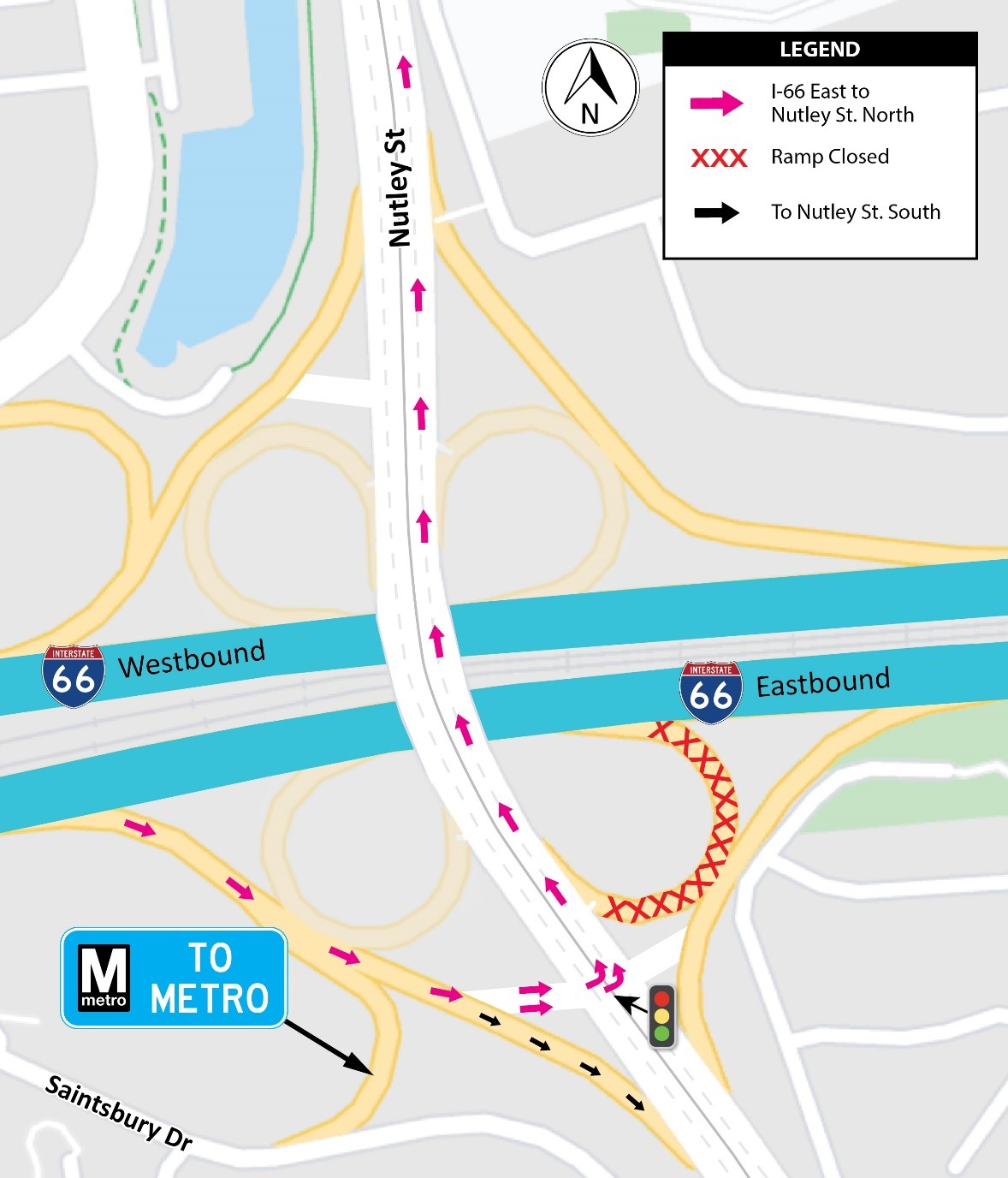 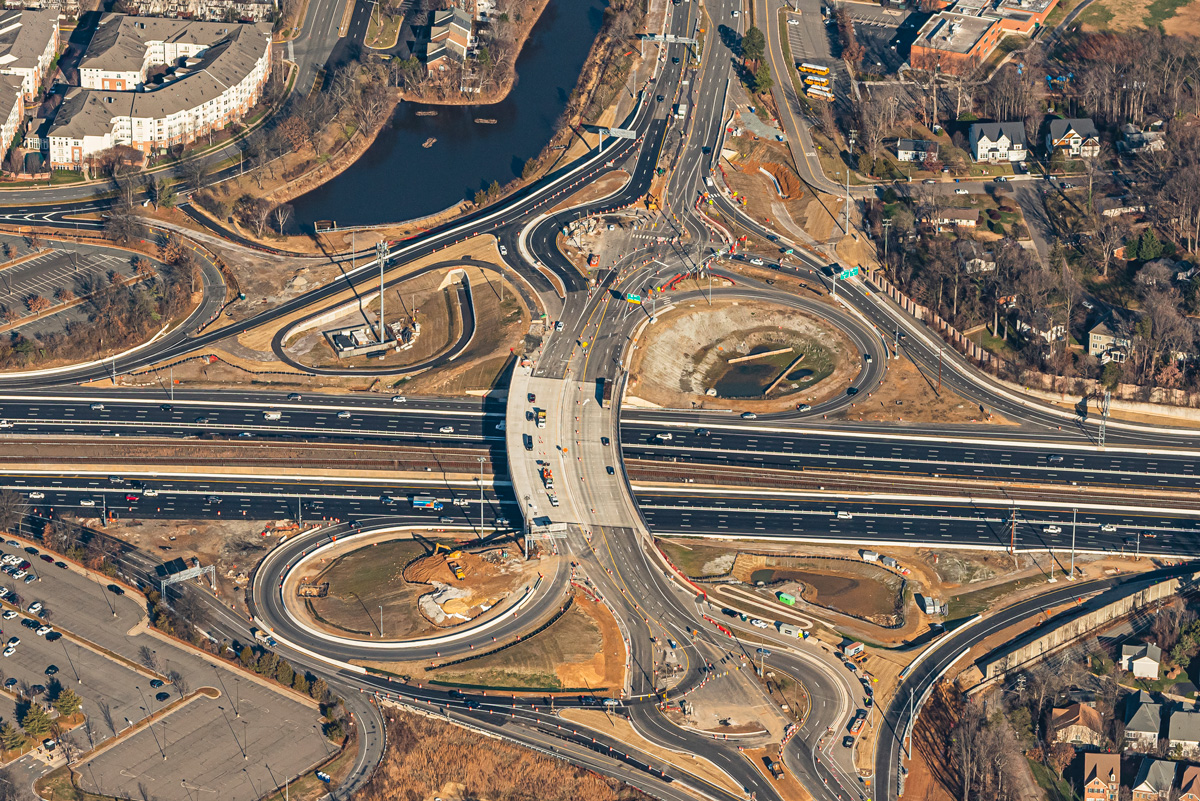 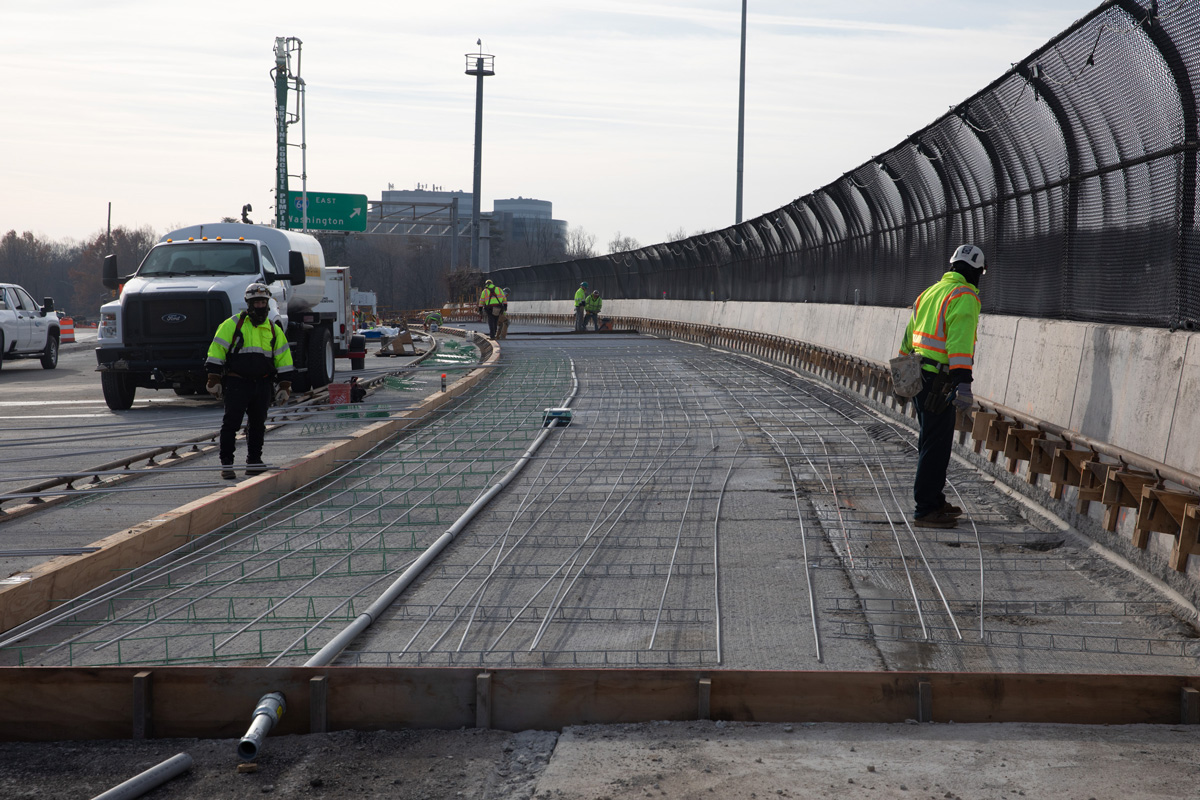 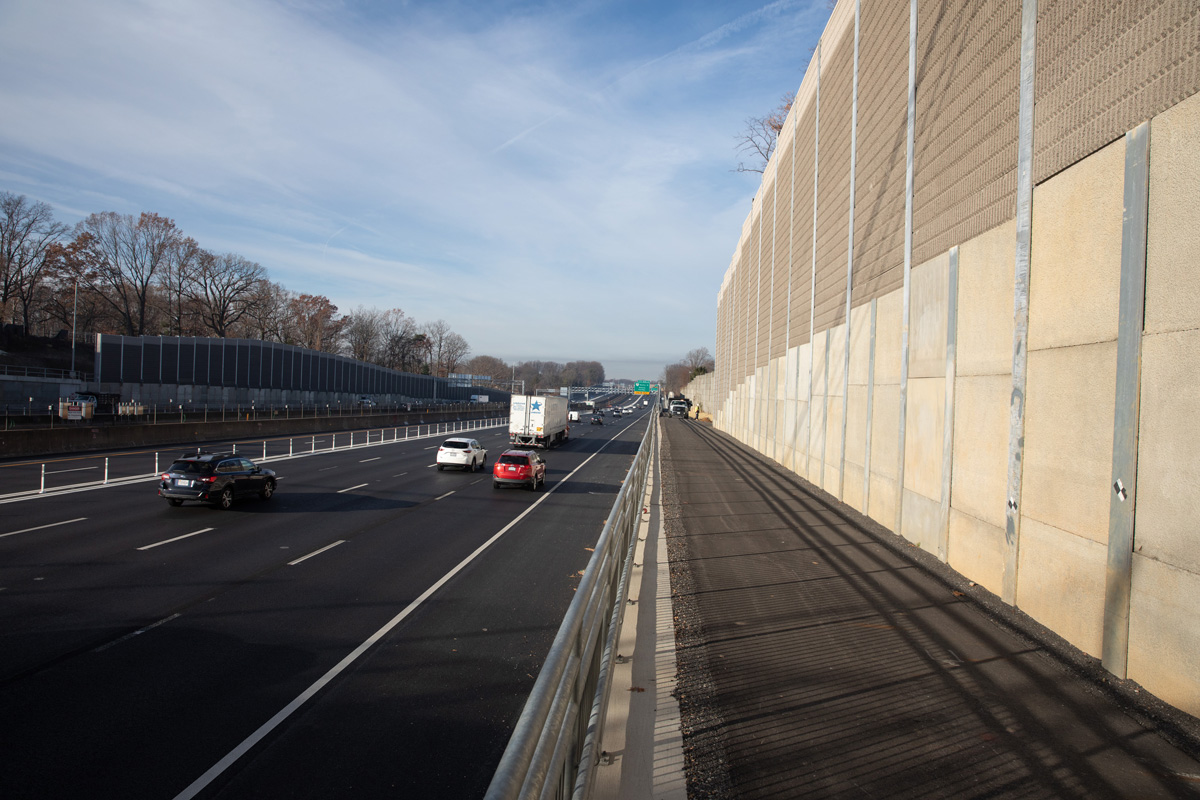