Major reconstruction is planned for the Route 123 (Chain Bridge Road) Interchange as part of the Transform 66 Outside the Beltway Project. The new interchange design:

Traffic Changes at Route 123/I-66 Interchange

Drivers heading from Route 123 (Chain Bridge Road) South to I-66 West will now use a new left-turn lane and traffic signal to reach a temporary access ramp to the interstate. This detour is anticipated to be in place through March 2022, while crews construct the new, permanent ramp from southbound Route 123 to I-66 West. 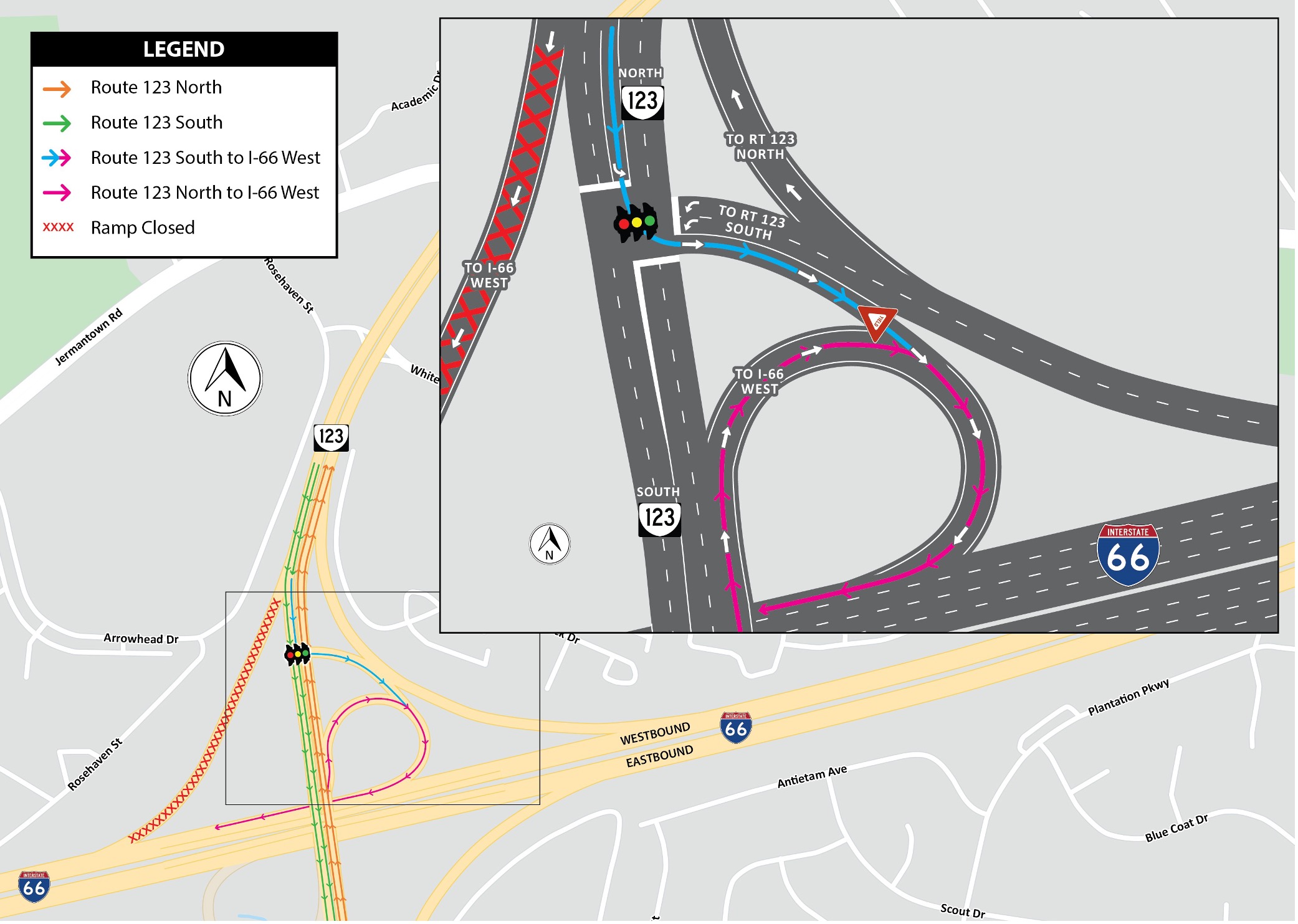 The new permanent loop ramp from Route 123 (Chain Bridge Road) North to I-66 West opened Tuesday night, November 2. The new ramp is on the right side of the roadway near the previous loop ramp’s location. The temporary left-turn and connector ramp from Route 123 North to I-66 West is now closed and drivers will no longer be able to make a left turn at the temporary traffic signal to reach I-66 West. 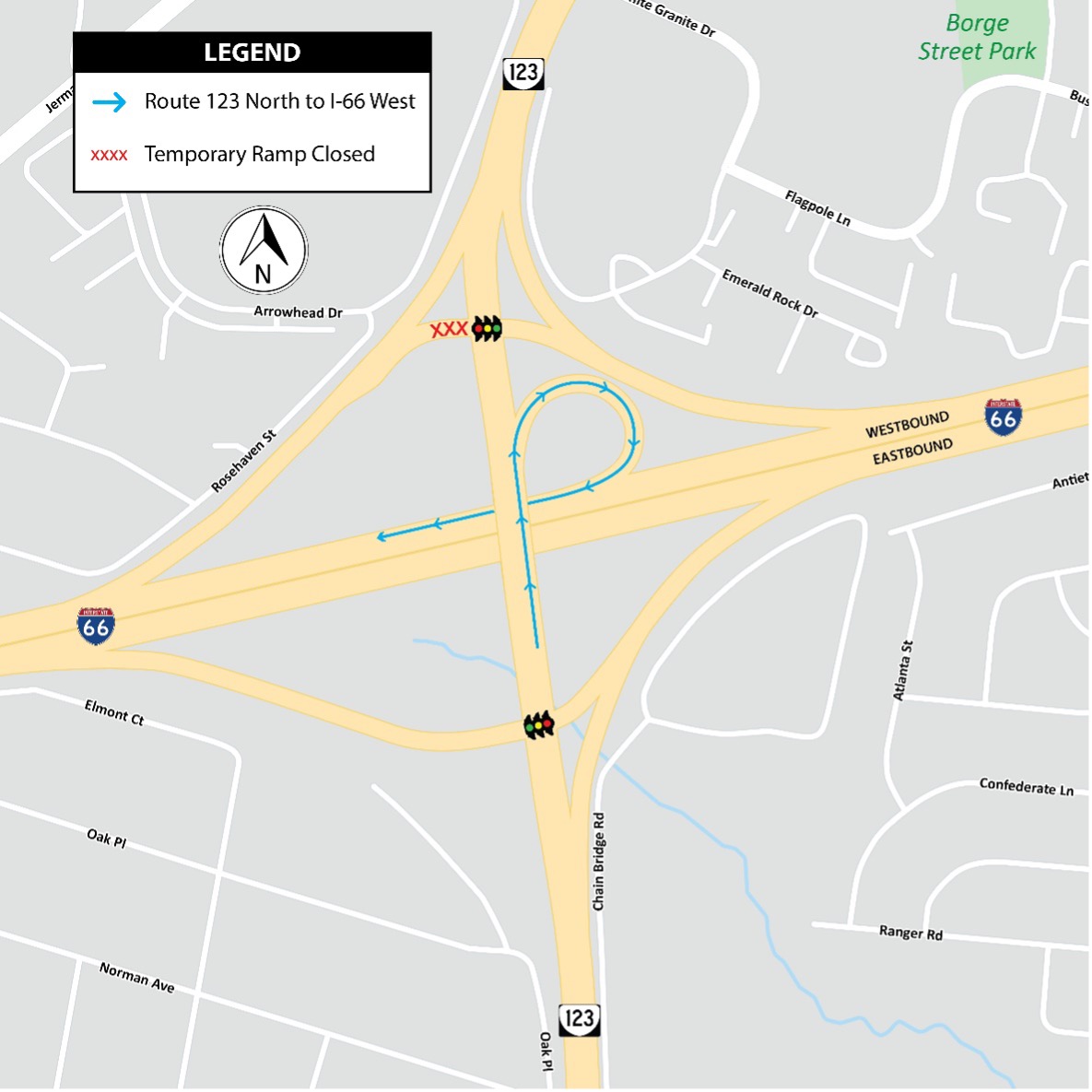 Route 123 northbound and southbound traffic shifted to the new Route 123 North Bridge over I-66 in winter 2021. The old Route 123 North and South bridges are being demolished to allow for construction of a new Route 123 South Bridge, shared-use path, and new ramps to I-66 general purpose and Express Lanes.

Access to and from I-66 at Route 123 will remain in its current configuration during this phase of construction. 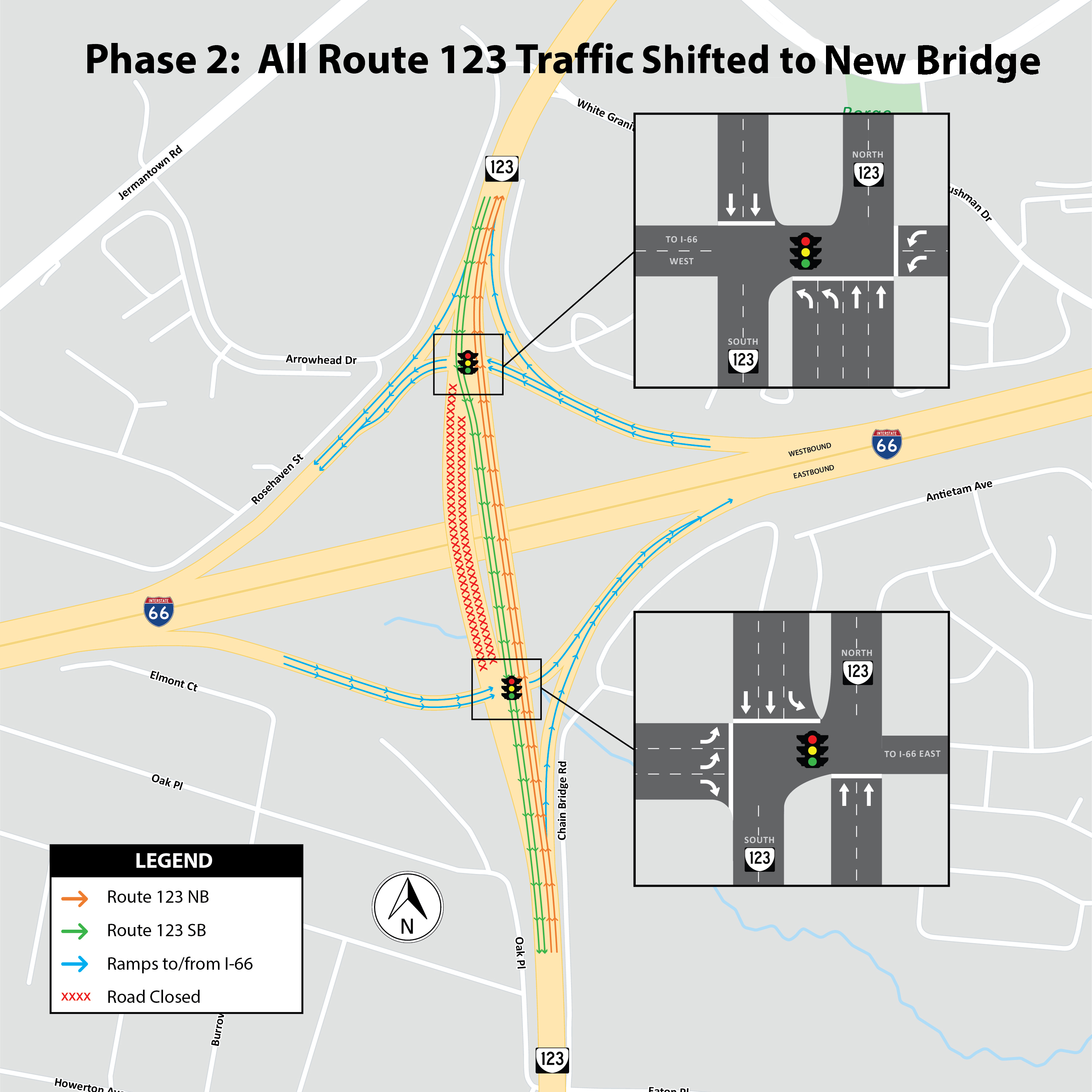 The travel lanes of southbound Route 123 over I-66 shifted on to the new Route 123 Bridge on Jan. 21. Access to/from I-66 East and West will remain the same. 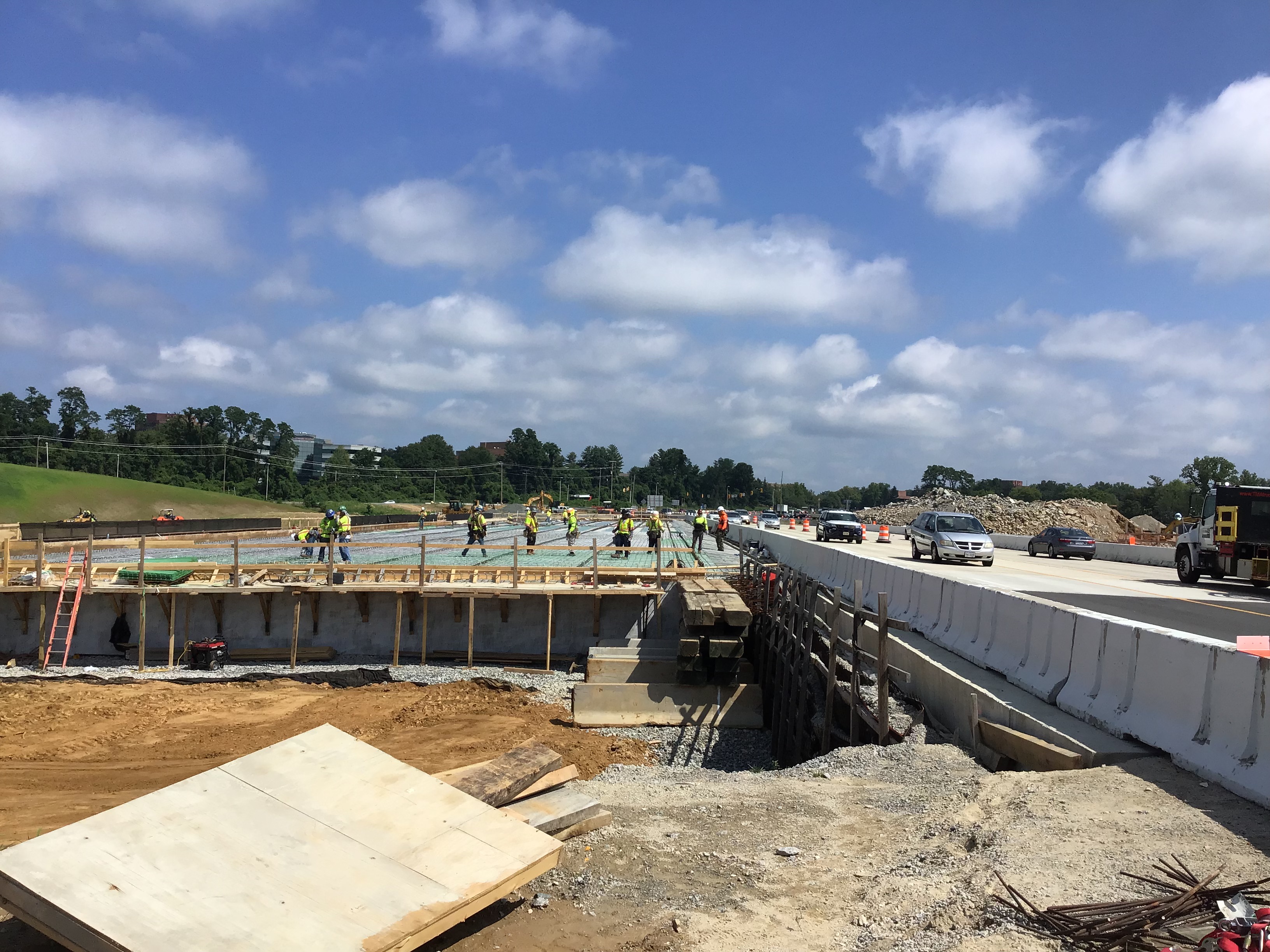 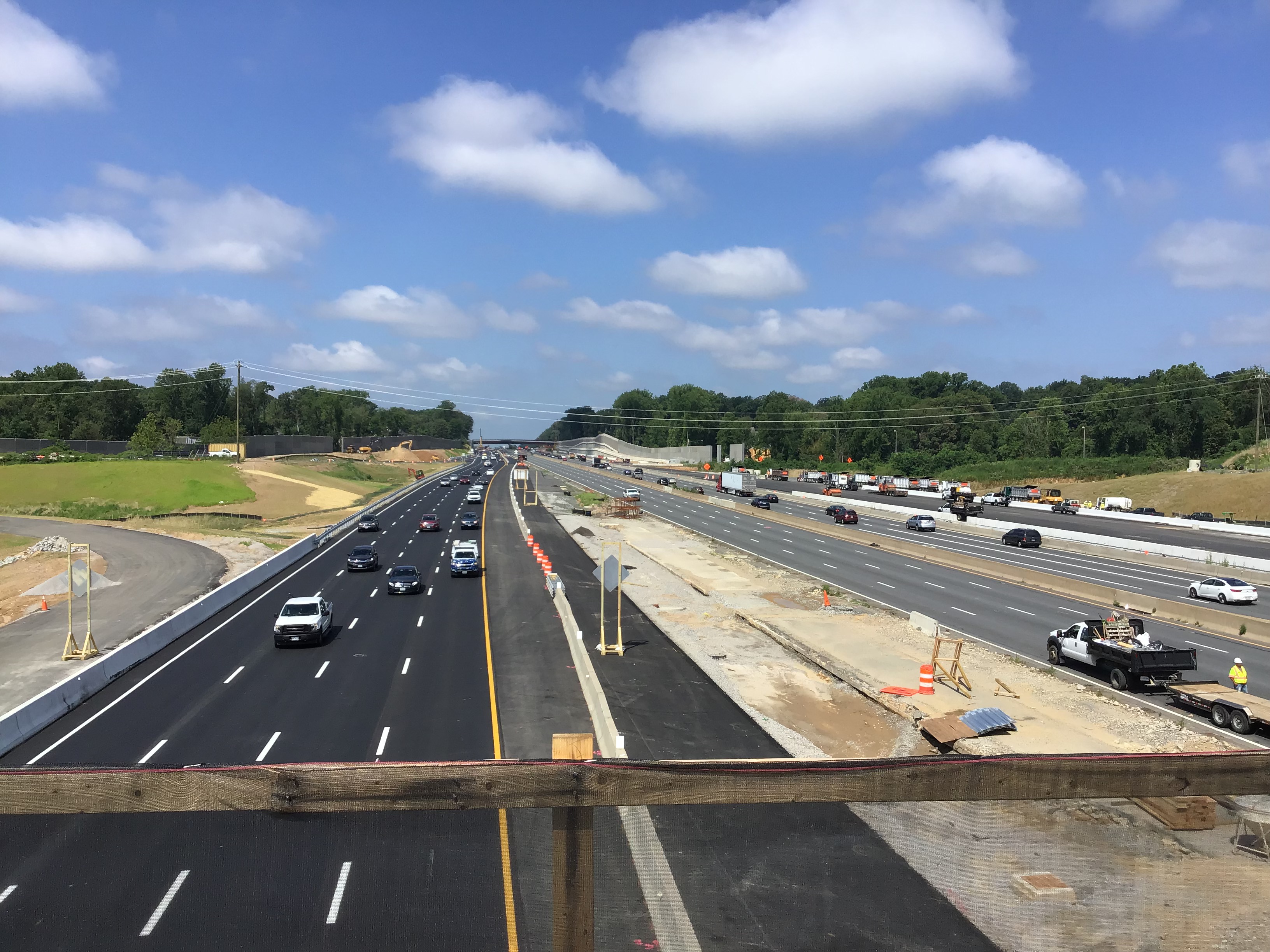 Looking west toward the I-66 East travel lanes, which have been shifted to new pavement on the outside of the roadway to allow construction of new express lanes ramps. (July 12, 2021) 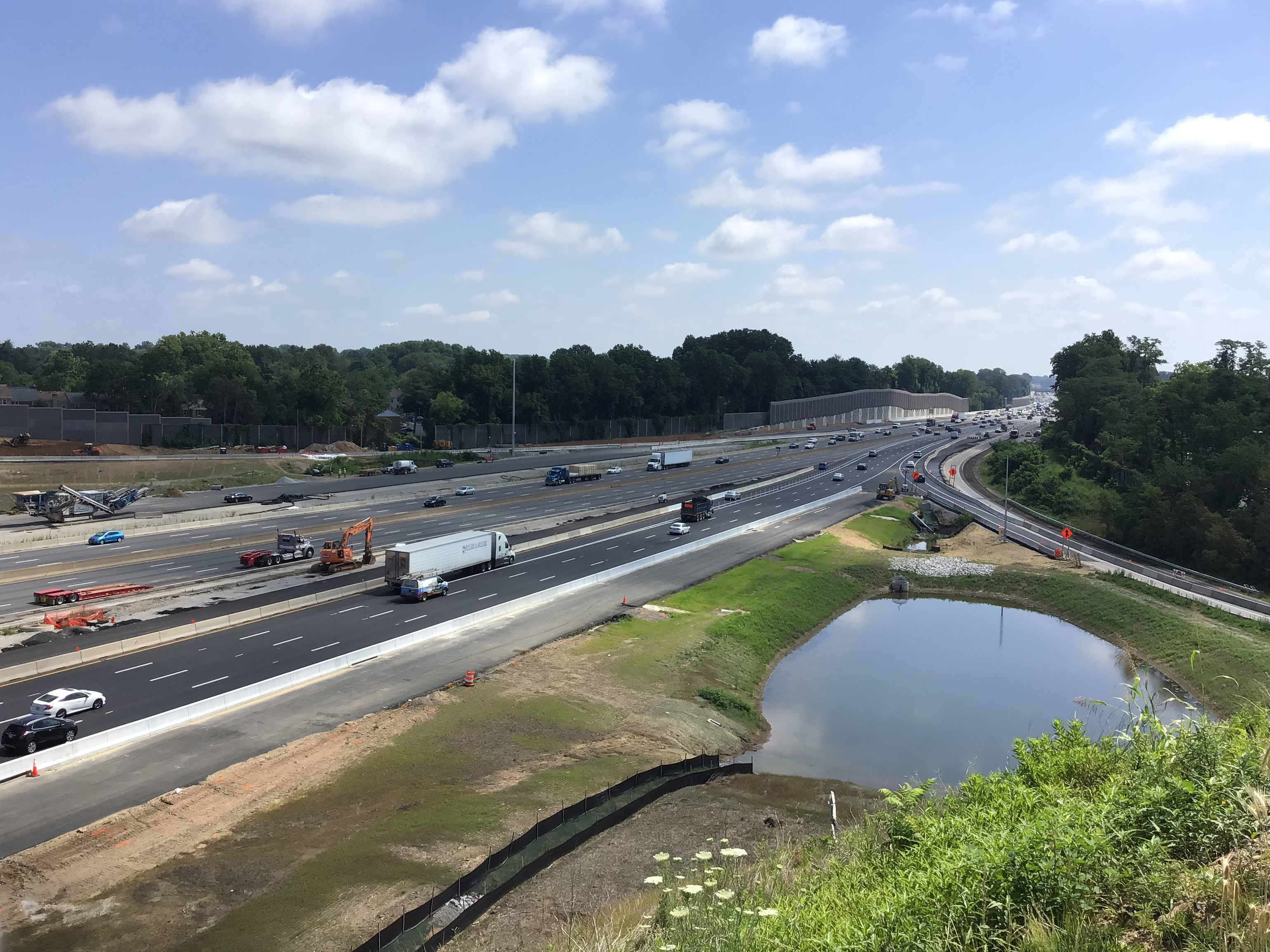 Looking east from the Route 123 bridge toward a new storm water pond and the I-66 East travel lanes, which have been shifted to new pavement on the outside of the roadway. (July 12, 2021) 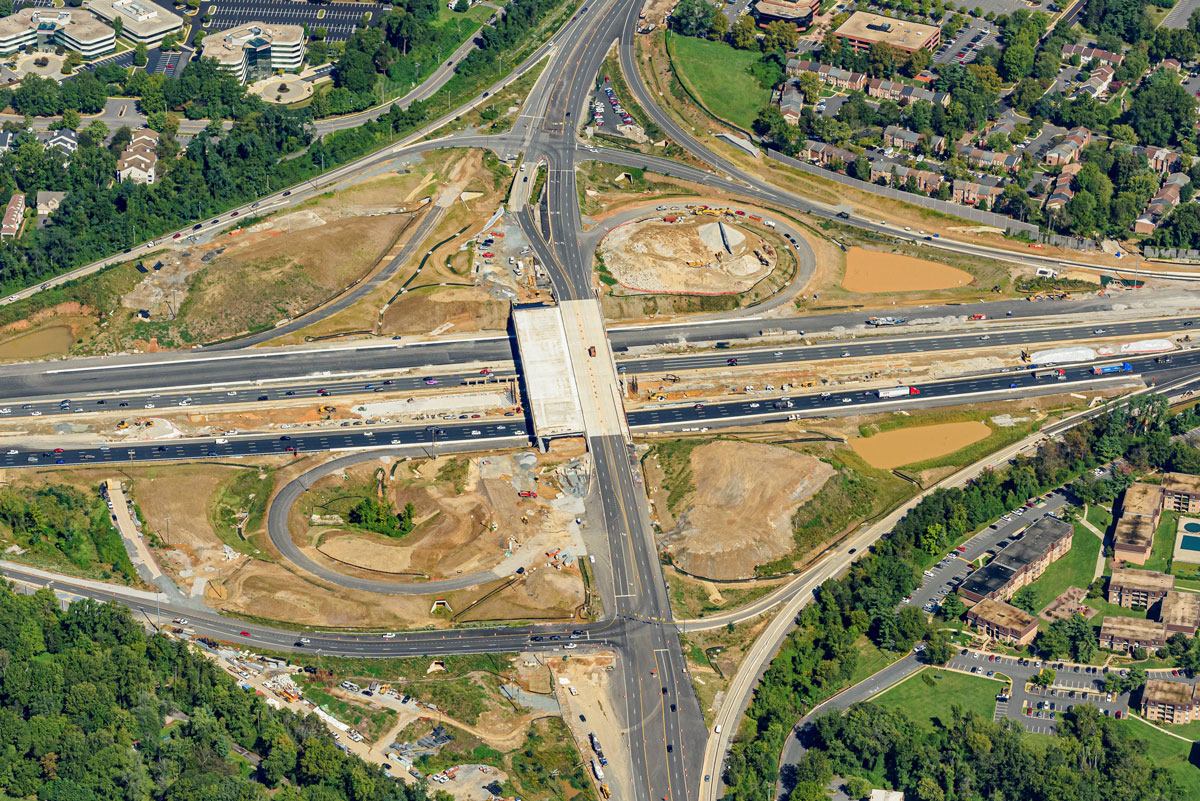 The new Route 123 South bridge over I-66 is nearly complete. Work is advancing on two new loop ramps from Route 123 to I-66. I-66 travel lane shifts continue in the Route 123 area as construction progresses on new ramps in the center portion of the corridor. (September 24, 2021)