I-66 is being widened over Route 286 (Fairfax County Parkway) to add Express Lanes. There will not be direct Express Lanes access at this interchange. The new shared-use path will run to the north of the interchange along Fair Lakes Parkway, Fair Lakes Circle, and the ramp to I-66 West.

A new flyover ramp west of the interchange (between Route 28 and Stringfellow Road) will allow drivers on the eastbound Express Lanes to exit to Route 286 northbound and southbound, as well as give access to the I-66 general-purpose lanes.

The travel lanes on I-66 East and West between Route 286 (Fairfax County Parkway) and Route 50 shifted into a new configuration beginning during the early morning hours Saturday, September 24 (for I-66 East), and Sunday, September 25 (for I-66 West). These temporary lane configurations are necessary as construction activities advance building the future 66 Express Lanes in the center portion of the roadway.

During the early morning hours Saturday, September 24, the two right travel lanes on I-66 East between Route 286 and Route 50 were separated from the two left travel lanes by a barrier-enclosed construction zone. Drivers are directed by signs and message boards to stay to the right at the lane split to exit to Route 50. Through-traffic can use either side of the lane split. This traffic pattern will remain in place for approximately one week. 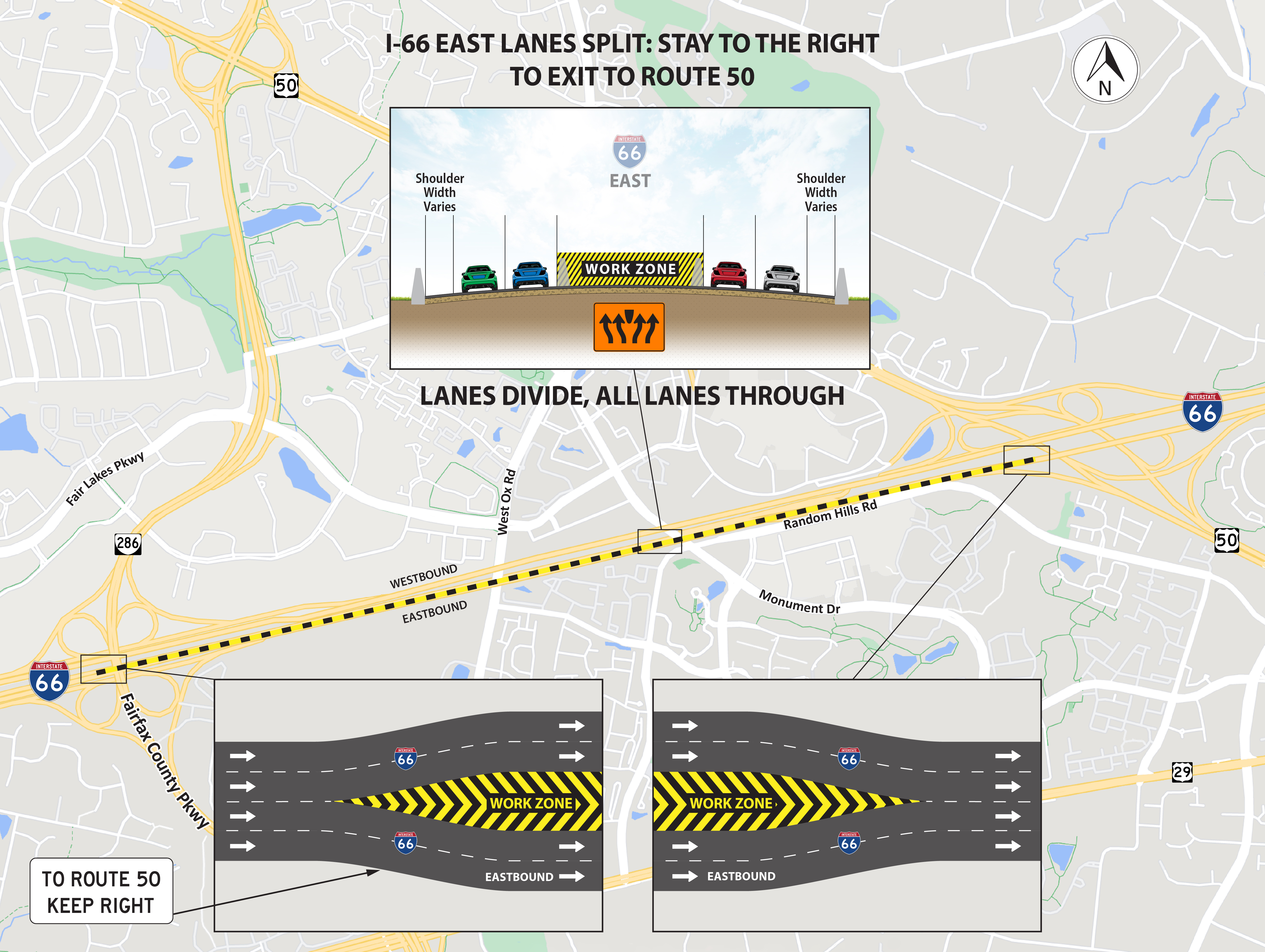 The westbound lanes were divided during the early morning hours Sunday, September 25. The two right travel lanes are separated from the two left travel lanes by a barrier-enclosed construction zone from just east of the Route 50 West overpass to just west of the Route 50 East overpass. Through-traffic, including traffic exiting to Monument Drive, can use either side of the lane split. This traffic pattern will remain in place for approximately two months. 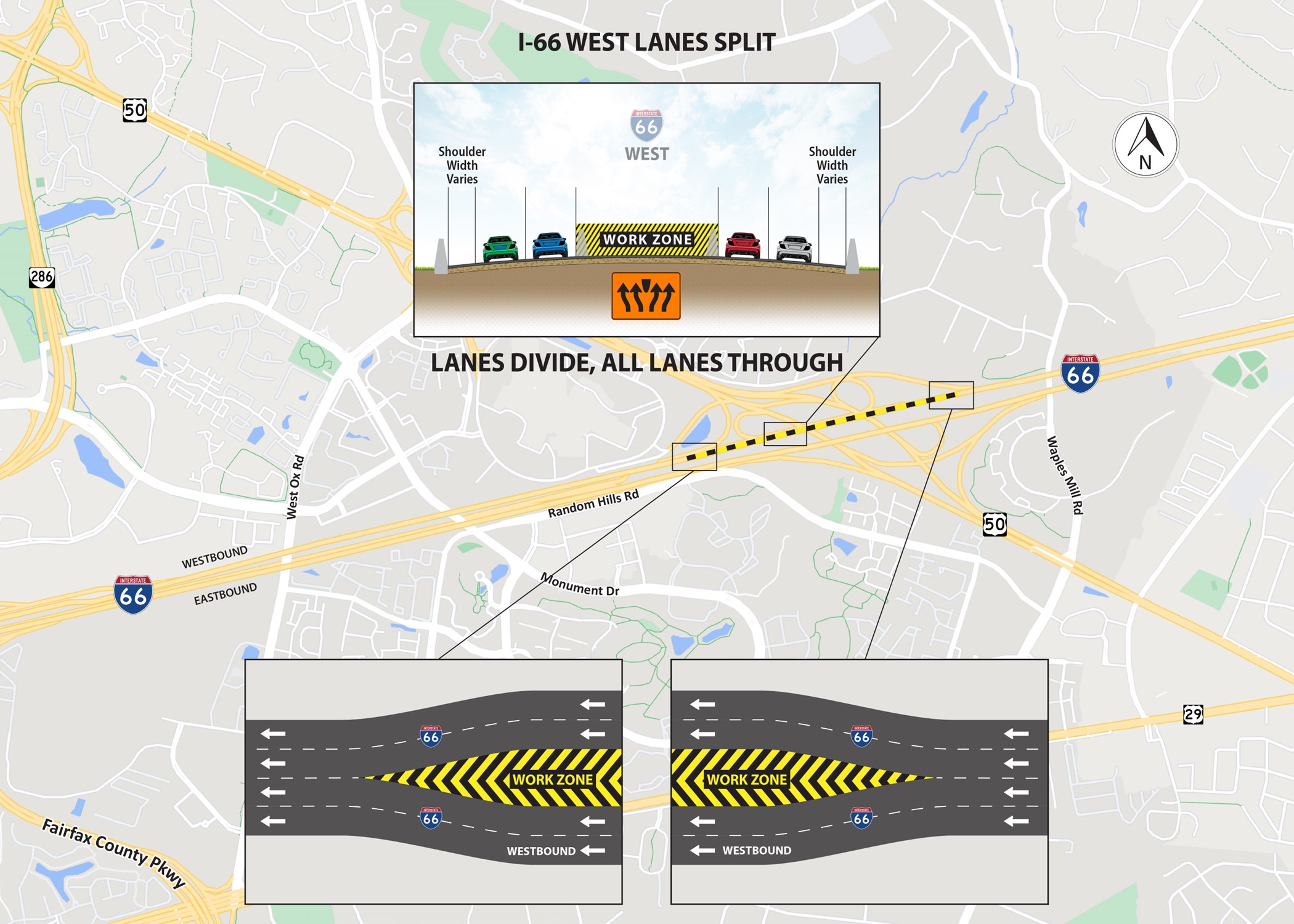 All work is weather dependent and will be rescheduled to the following night if inclement conditions occur.

Drivers should always use caution and pay attention to lane markings and roadway signs in construction zones. 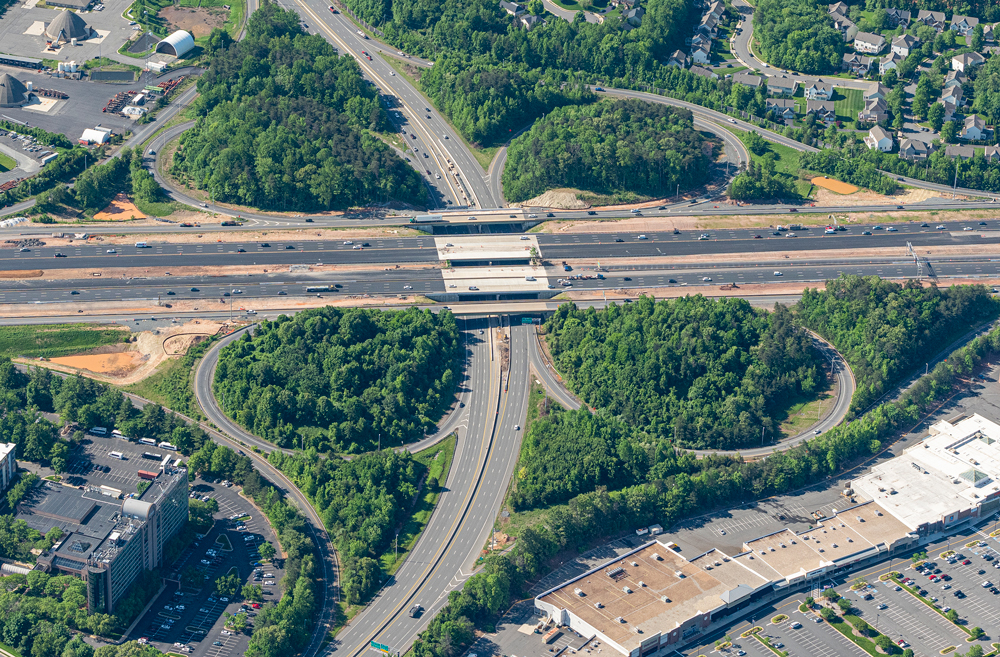