The Transform 66 Project will bring several significant changes around the Vienna/Fairfax-GMU Metrorail Station that will improve access to the station for vehicles, commuter buses, cyclists, and pedestrians. Details include:

Only passenger vehicles, buses, and light trucks will have access at Vaden Drive. 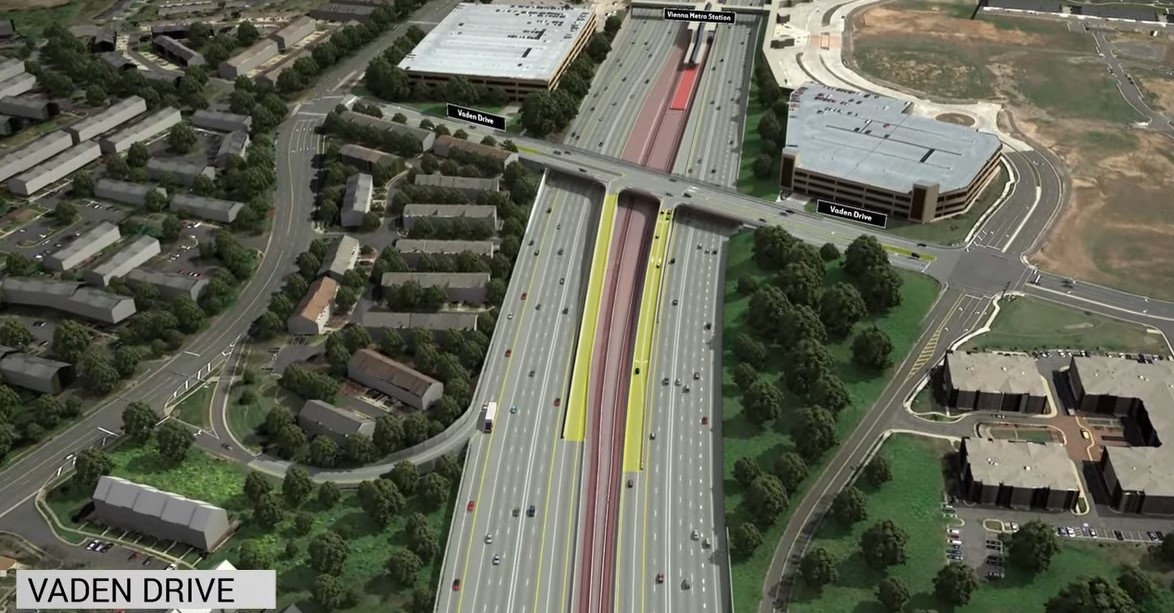 Travel lanes on I-66 West between Nutley Street and Vaden Drive were shifted to a new, long-term configuration during the early morning hours on July 6. The shift to the outer portion of  westbound I-66 is necessary to build the future I-66 Express Lanes in the center area of the interstate. The two right travel lanes are now separated from the two left travel lanes by barrier. Drivers are directed by signs and message boards to stay to the right at the lane split to exit to the Vienna/Fairfax/GMU Metrorail Station (Country Creek Road and Virginia Center Boulevard). All travel lanes go through. This temporary traffic pattern will remain in place for approximately four months.

As part of the implementation of this traffic shift, the ramps from Virginia Center Boulevard to I-66 West and from I-66 West to Vienna/Fairfax/GMU Metrorail Station have reopened. These ramps had been temporarily closed to allow construction to advance. Additionally, the future Express Lanes ramp from Vaden Drive to I-66 West that was temporarily opened as a detour route for buses only is now closed. 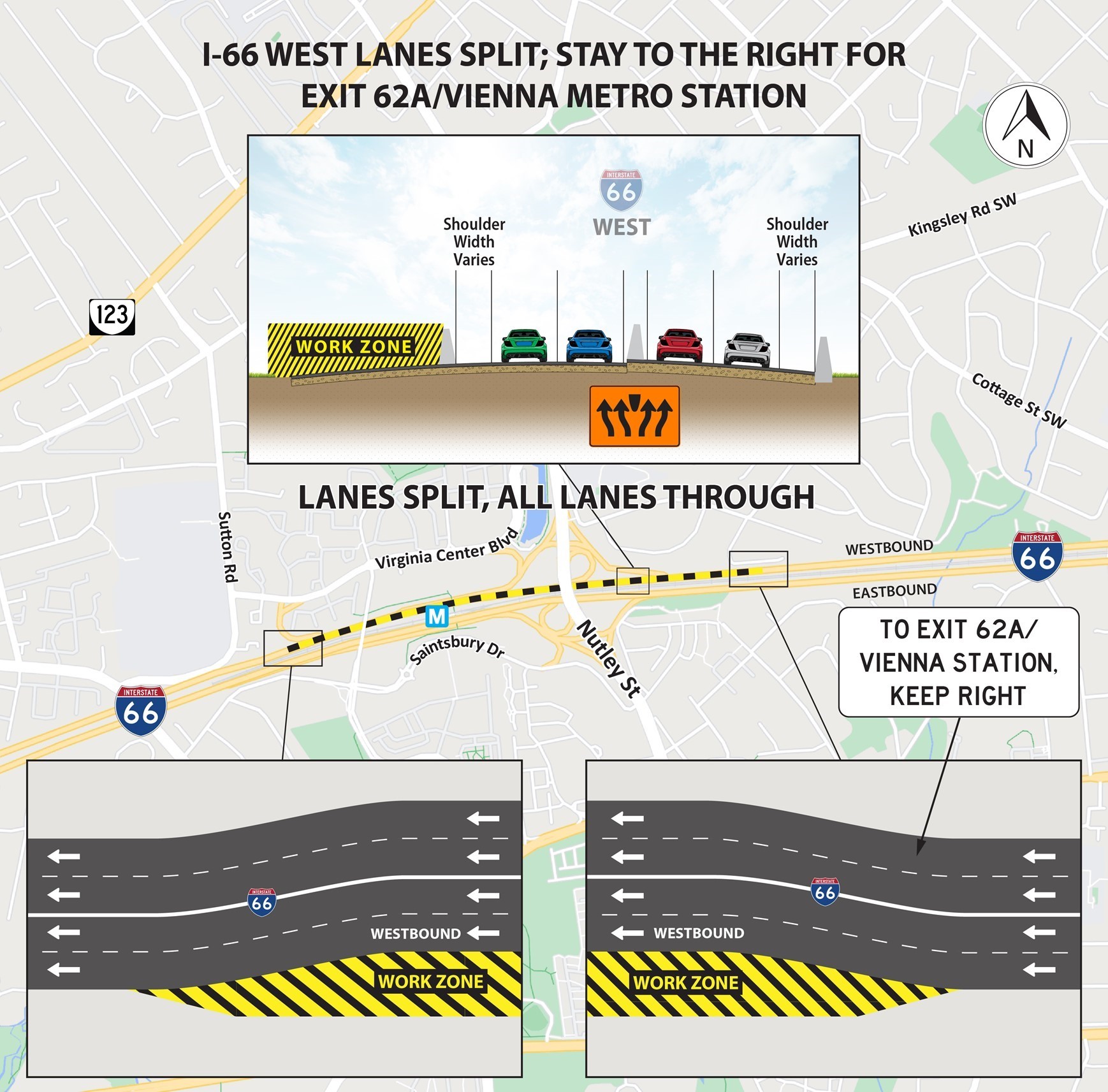 The reconstructed Vaden Drive Bridge over I-66 opened to traffic in November 2020, reconnecting Saintsbury Drive with Country Creek Road/Virginia Center Boulevard near the Vienna-Fairfax/GMU Metrorail Station. Ramps are being built for Express Lanes access to and from the west.

Vaden Drive Bridge reconstruction included a full-closure of the bridge from October 2019 to November 2020, which shortened the time needed to demolish and rebuild the bridge. This substantially reduced the number of months that commuters and project neighbors were impacted by construction.

The new, wider bridge includes a shared-use path on the east side (opened December 2020) and wider sidewalk on the west side (planned to open summer 2022).

VDOT and Fairfax County are working jointly to improve bicycle and pedestrian access in the area of the Vienna Metrorail Station. Construction of this series of improvements along Country Creek Road/Virginia Center Boulevard between Sutton Road and the ramp to westbound I-66, and along Sutton Road between Blake Lane and Country Creek Road is planned to begin in summer 2024. Learn more about this multi-agency project here.

Construction of interim improvements is planned to begin in fall 2022 to coincide with Transform 66 Project progress. Learn more about these improvements in this presentation.

The ramp from Virginia Center Boulevard East to I-66 West near the Vienna/Fairfax - GMU Metrorail Station closed May 18 and will remain closed for about six weeks for continued construction at the Nutley Street/I-66 Interchange. Drivers heading to I-66 West will be directed to continue to Nutley Street South to access I-66 West.

The future ramp from Vaden Drive to the westbound 66 Express Lanes will be open for buses only during this period to assist in maintaining their service schedules. No other vehicles will be allowed to use the ramp during this time.

All work is weather dependent and will be rescheduled if inclement conditions occur. 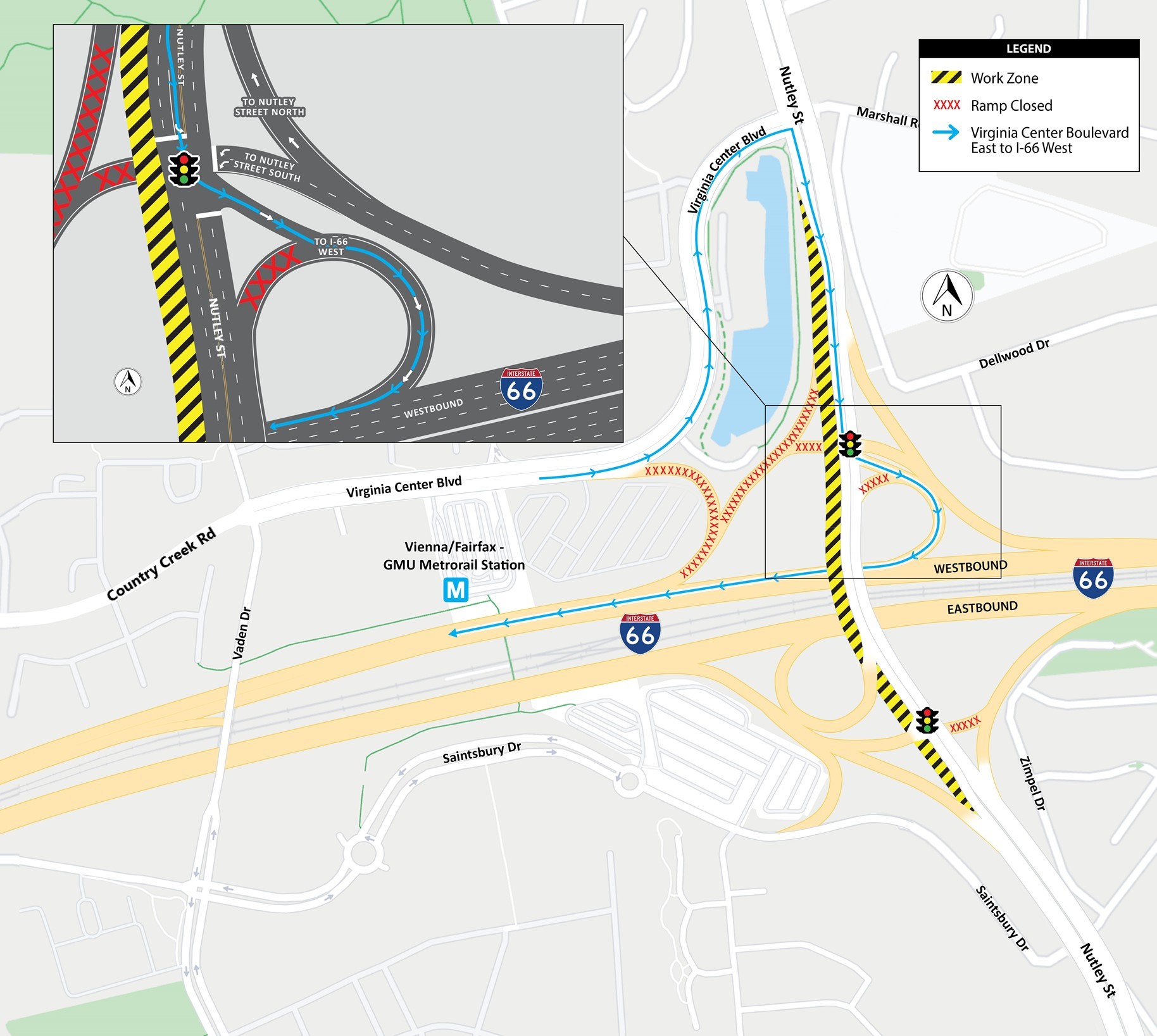 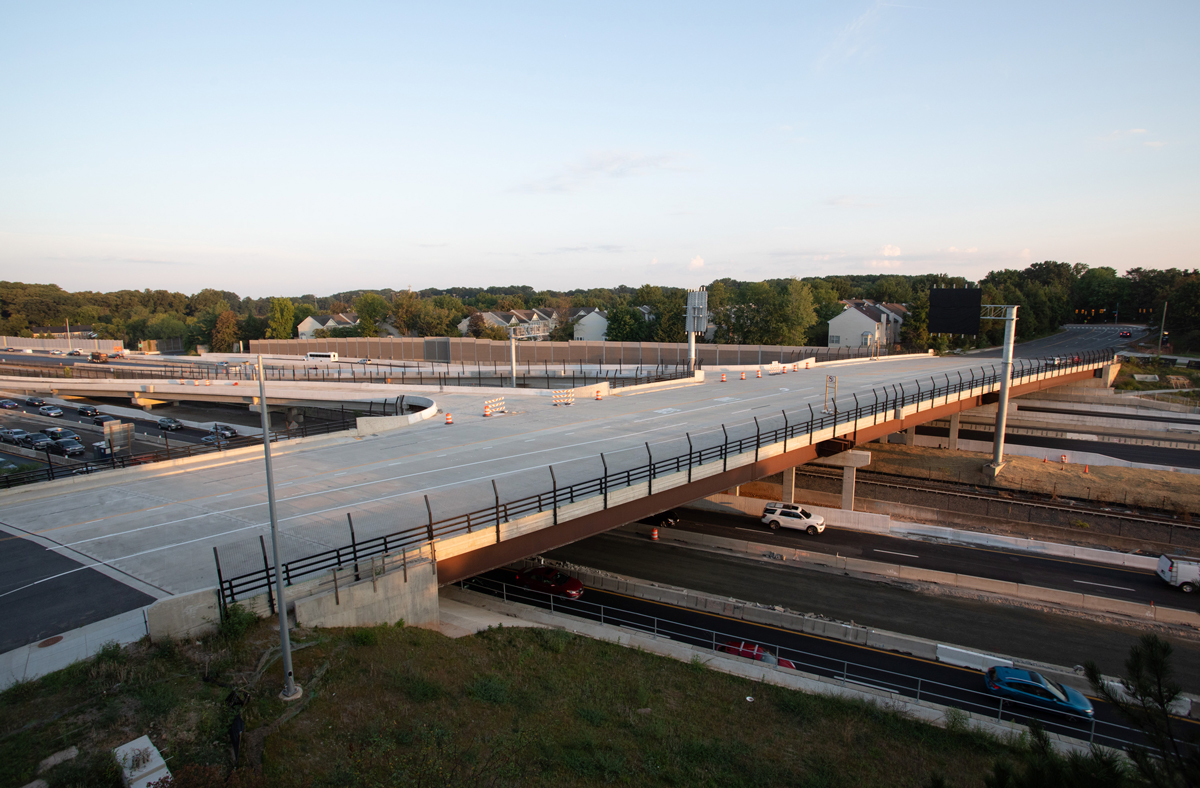 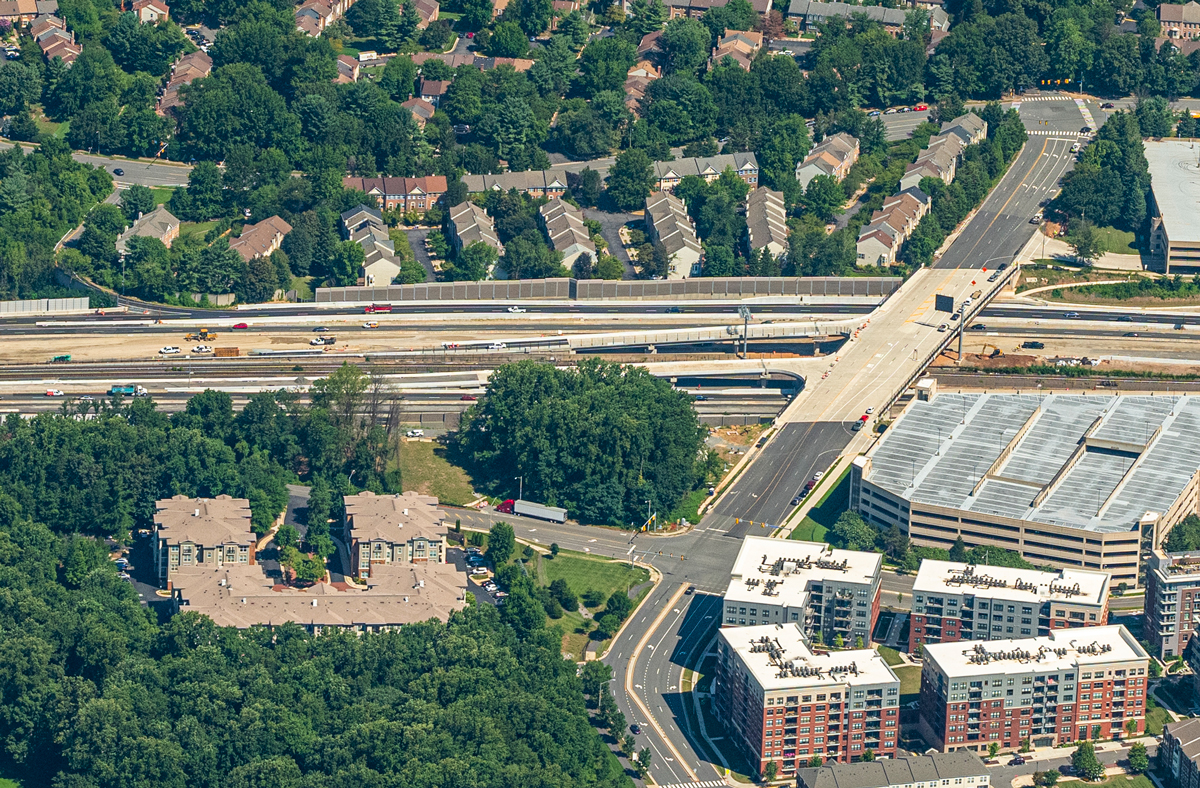 Some construction and demolition activities will generate noise or other impacts. When those activities occur, measures will be taken to minimize impacts as much as feasible.

During Demolition and Construction: